Just like medical centers many are the lawyers that call Houston home but that does not mean it is easy for someone seeking criminal defense to acquire legal redress. The following are the best criminal attorneys in Houston as rated by online clients. 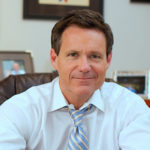 Chernoff Law Houston Criminal Defense was founded by Ed Chernoff, who holds the record for the quickest acquittal in the United State Courts’ southern district. The client was acquitted after deliberations of 15 minutes.

In addition to having a five-star rating on Google, the firm has experience in presenting cases at trial and presenting compelling arguments for the defense. With Mr. Chernoff, it has a former Chief Prosecutor as well as criminal defense lawyer Board-Certified by the Texas Board of Legal Specialization in Criminal Law as part of its legal team.

Ed Chernoff was awarded recognition for SuperLawyer in 2012 and 2013 by Texas SuperLawyers magazine for delivering outstanding legal work with high ethical standards.

After the trial had come to a close, one client said that he would never forget Edward Chernoff and that he showed them great courage and patience, and treated them with respect. 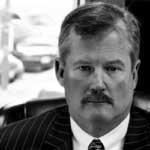 Jack B. Carroll Houston Criminal Defense Attorney is headed by attorney Jack B. Carroll, who is Board-Certified through the Texas Board of Legal Specialization in criminal law. He has practiced criminal law in Houston and federal court for over 25 years. Despite keeping an eye for high profile cases, Jack takes pride in being accessible and affordable to anyone needing help in fighting accusations of wrongdoing.

Jack tries and accepts cases from almost all areas of criminal law including federal cases, but he practices criminal defense only in the southeast Texas region. As other law firms pay for validation in the form of memberships and badges, at Jack B. Carroll capabilities are validated by real cases, actual results and clear victories. They are rated at 4.9 on Google.

Jack B. Carroll’s story was published in Texas Monthly, and other stories have been featured in Inside Edition, Good Morning America, Dateline, and other news sources.

A client says that a brother was charged with the murder of a police officer after the accidental death of a sheriff’s deputy but despite the family not being wealthy the case was finally dismissed with the help of Mr. Carroll. 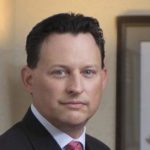 John T. Floyd Law Firm (https://www.johntfloyd.com/) is an acclaimed law firm. Lawyer John T. Floyd is not only Board Certified in criminal law by the Texas Board of Legal Specialization but has also been ranked as a Super Lawyer by Thomson Reuters in its esteemed list of Texas lawyers. He focuses on defending businesses and individuals charged or under investigation regarding serious criminal activity in the State of Texas and Federal courts.

Mr. Floyd has been featured on radio programs and national television as an authority on criminal law including Fox News, BBC, Hannity and Colmes and NPR. H-Texas Magazine has selected him as one of Houston’s top lawyers in criminal defense practice for eight consecutive years in addition to being named to Newsweek’s top criminal defense attorneys in the year 2014. He is also heard on Houston’s iHeartRadio providing legal interpretations on legal affairs on a regular basis.

Moreover, he has published at least 500 criminal law articles and has been featured in the State Bar of Texas, the Texas Monthly, the Huffington Post and the American Bar Association. 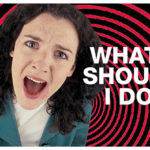 Alan Cohen Criminal Defense Attorney mission is the provision of cheap criminal defense for one charged with a crime in Houston. Mr. Cohen personally handles each case, but a polygraph examiner, a forensic psychologist, and a private investigator are available. He has provided legal assistants to clients for over 25 years.

One of the clients said that he worked with Mr. Cohen and was impressed by his legal knowledge, diligence, and dedication. After a drunken driving case, one client described Mr. Cohen as a highly experienced and professional lawyer. The firm has a star rating of 4.3 on Google.

Law Office of David A. Breston 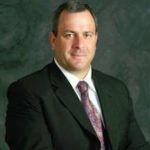 Law Office of David A. Breston is run by David Breston, who encourages a personal approach while focusing on immigration law and criminal defense issues. The matters in which the law office has represented clients include drug offenses, sex offenses, family immigration facts and employment based immigration just to mention a few.

They can answer any immigration and deportation questions, explain the difference between federal and state crimes and inform one of their rights regarding parole and Miranda warnings. This is in addition to detailing potential consequences that one may face in the event of being convicted of drug possession, illegal re-entry, sex offense, or any other criminal act and formulating a defense that is solid.

The Law Office of David A. Breston has provided the Houston area residents with representation in state and federal criminal defense as well as juvenile law for almost a decade and has a star rating of above 4. 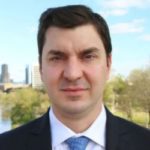 He has won not-guilty verdicts, dismissals and other extraordinary results for clients faced with criminal charges. He defends felonies and misdemeanors in state and federal courts in addition to habeas corpus, clearing record cases and appeals. At Fred Dahr one may seek redress for a variety of areas including clearing your record, drugs, criminal appeals, unlawfully carrying a weapon, possession of a controlled substance and cyber crime.

A proactive and intelligent advocacy is also given for students or professionals who might be worried about the effect a criminal charge might have on their careers. A client described the experience at Fred Dahr as efficient and responsive. An honest and direct evaluation of the situation was given, and they were very pleased. At Google Fred Dahr’s rating stands at 5.0.

In criminal defense, the absence of defenses which are scenarios that don’t agree with the committing of crime is treated as an element of crime. Therefore, one has to be careful and keen enough while choosing a lawyer since the highlight of the so called defenses is of the essence being the factor that would lead to total or partial refuge from punishment.