Austin, TX has numerous law firms and finding the right representation is key to pursuing the proper legal channels with ease. However, this can prove difficult if you do not know where to search for the right attorney. Here is a list of the best criminal defense lawyers in Austin, based on online client reviews

The Law Office of Kevin Bennett 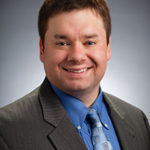 With a perfect Google reviews rating of 5 stars, satisfied clients have lauded Mr. Bennett for his legal expertise in a multitude of cases including felonies and misdemeanors. Tom Gary, one of many satisfied clients on Google reviews, says that his experience with Lawyer Kevin was very positive. Kevin handled Tom’s situation from start to finish while also providing proactive updates and valuable information throughout the process. Tom would recommend Kevin to anyone in need of legal service. 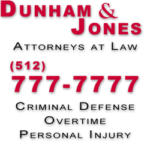 On Google reviews, they have a rating of 4.5 stars and numerous testimonials from satisfied clients. Ronnie Glass says that the team at Dunham & Jones rocks. He got a ‘Not Guilty’ verdict on a DWI and a UCW case. The team exhibited a high level of professionalism. They are polite, respective, and intelligent, according to Ronnie. 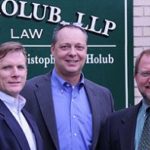 Hines Ranc & Holub have been advocating for the rights of Texans for over 85 years. Clients can ease their anxiety over the future by putting into the skilled hands of the three partners – William Hines III, Christopher W. Holub and & R. Marc Ranc. The firm’s motto ‘where there is a will there is a way’ shows the dedication this team has in serving clients. They never lose hope and will fight to the end. The attorneys handle criminal cases related to DUI, assault, drug charges, white collar crimes, sex crimes, family violence, and theft. The law firm is recognized by Best Lawyers and has an AV Preeminent Peer Review Rating by Martindale Hubbell. They also have an Avvo ‘Superb’ rating of 10 out of 10.

The firm has a near perfect Google reviews rating of close to five stars. Angela Cox says that due to the complex nature of her case and the allegations, they had to hire the best legal counsel. Bill Hines was very instrumental in getting their case dismissed. If it were not for Hines, Ranc & Holub, Angela’s life could have taken a different turn. 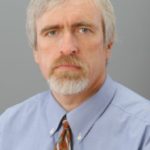 The Law Office of Richard T. Jones has been devotedly serving clients for the past 20 years in a variety of cases including felonies and misdemeanors. Lawyer Richard T. Jones represents clients facing assault charges, drug crime cases, domestic violence, theft, and sex offenses. The lawyer has an Avvo Clients’ Choice award 2012, Avvo rating of 8.4 out of 10, and Avvo Top Contributor award. The law firm is a member of the Austin Bar Association, general member of National College for DUI Defense, and member of State Bar of Texas.

Mr. Jones has a rating of above 4.5 stars on Google reviews with many former clients sharing their winning experiences online. Nick Kawar, a former client, testified online that working with another attorney was the worst experience, but when he met Mr. Jones, they were handled properly. Nick could not even imagine of a professional, responsible, and trustworthy attorney before he met Nick. This changed his perception of generalizing all lawyers. There are bad and good lawyers. 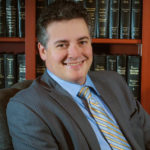 The law firm has a perfect Google reviews rating of five stars.  Slicky Slixter says that he had a ticket issue that was bothering him and causing a meltdown in his life. When he called him, although Quinzi was on vacation, he responded pretty fast. The lawyer handled the case, which was eventually dismissed. 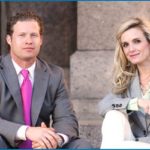 Carroll Troberman Criminal Defense has been practicing criminal defense since 2007. Lawyers Blair Carroll and Meredith “Shelly” Troberman deal with cases such as DWI, assault, sex crimes, burglary, theft, robbery, weapon charges, arson, drug charges, and domestic violence. They have Avvo Clients’ Choice 2015 for DUI and DWI. They have a membership with Texas Trial Lawyers Association, DUI Defense Lawyers Association, NACDL, and the National College for DUI Defense. The law firm has been awarded the 10 Best 2016 Client Satisfaction by American Institute of DUI/DWI Attorneys.

On Google reviews, it has been rated five stars by clients. Clients like Bobby and Andrea and give their applause to Quinzi for working hard to defend for them when they were in trouble with the law.

Choosing experienced criminal defense lawyers in Austin helps clients seek justice and defense for allegations and charges brought against them. However, the process of finding the right attorney can be tedious and overwhelming. This list consists of lawyers who may be of great help to you when faced with a criminal charge. They have been rated highly online by past and present clients.