The Law Offices of Michael Lowe 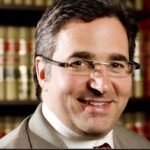 Micheal Lowe represents clients in Dallas, Texas. Michael Lowe has passion in defending individuals who are subject to criminal investigations or have been charged with performing criminal offenses. He represents clients in areas of drug crimes, sex crimes, DWI, theft, expungement, federal crimes, and sexual abuse among others.

Paul C. says that even with his hatred of attorneys, he found Michael’s Law firm as a very prolific company that is very knowledgeable and likable. His inquiries were appropriately responded to, and he has finally found an attorney that can represent him in almost all his legal needs and he had an experience that he did not expect. The law firm has a 5-star rating on Google Reviews.

If you are seeking the services of an honest and skilled 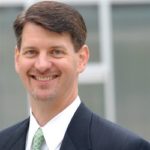 defense attorney, Roger Haynes may be able to help. Some consider him to be the best in producing professional work and has enough experience with a reputation for handling thousands of criminal cases for their clients. He protects his clients from the harassing police investigations and arrests and reclaims their belongings. Lawyer Roger Edward Haynes has Avvo rating of 10 out of 10. The law firm has a Google Reviews rating of above 4.5.

Tiffany G. says that she has never experienced such professional and at the same time friendly services like what she got from Rodger Haynes. She said when she met Rodger, all the information she received aided her in winning her case in court and that she, has now found a reliable attorney that she could work with to get her legal needs met. 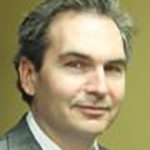 On top of that, the law firm has a Google Reviews rating of five stars. One of their clients, Steve T, says Warren is an excellent attorney because his case was done in no time.

The Law Offices of Frank Jackson

The Law Offices of Frank Jackson has vast experience and dynamic trial skills recognized nationally as the top criminal defense attorney in Dallas. He has practiced law for over 40 years and has gained respect for his work and admiration from other firms. Frank Jackson is also recognized by the Martindale-Hubbell Peer rating. Frank is named by National Trial Lawyers among the top 100 trial lawyers in Texas. He is also voted in American Board of Criminal Lawyers.

On Google Reviews, the Law Offices of Frank Jackson has a four-star rating.  Anthony L says that both he and his wife searched a very long time for a trustworthy and honest, competent attorney who would represent them on a prostitution charge. Finally, his wife managed to find Frank Jackson’s offices and they right away knew that he would serve them well. He says that Mr. Jackson went over and beyond in their case, and his work came from the heart. 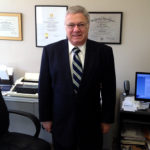 Lloyd Gastwirth Dallas Criminal Lawyer has an unwavering commitment to his clients, and he prepares for the cases relentlessly to ensure he properly defends them. Lloyd S. Gastwirth feels that people exposed to criminal law have their freedom and liberty at stake. They are particularly vulnerable to criminal law system and would need the assistance of a qualified, aggressive lawyer to protect their rights.

His 40 years of practicing law have given him an upper hand in delivering the best results in all handled criminal defense cases. The law firm handles cases such as traffic violations, assault, family violence, DUI/DWI, probation violations, drug crimes, and weapons charges.

A Google Reviews rating gives the law firm of Lloyd S. Gastwirth a four-star rating. Jeff M says in his Yelp review that he would highly recommend Lloyd Gastwirth’s services to whoever is in need of diligent work that is delivered with efficiency and professionalism. 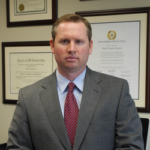 The law firm has a Google Reviews rating of five stars. Nakshmi Nayar, a former client, is pleased to endorse the law firm by saying their services are highly professional, ethical and excellent. They give all their clients undivided and individualized attention that she thought was highly satisfactory.

Criminal offenses can be life changing events. Any charges pressed against you can leave you with a life full of regrets, pain, and anger as well as time wasted that you could never recover. It is, therefore, imperative to get in contact with only the best and highly recommended criminal defense lawyers that will fight for you and reclaim what is rightfully yours.