The Top Criminal Defense Lawyers in Fort Worth

The Top Criminal Defense Lawyers in Fort Worth

Fort Worth, TX is an area streaming with law firms and lawyers. However, not all of them can be trusted. Hence, people seeking criminal defense lawyers should check what other clients have to say. Below is a list of the best criminal defense attorneys in Fort Worth as reviewed by past and present clients. 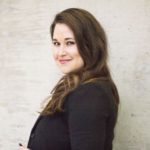 Varghese Summersett PLLC is a 5.0 star rated firm on Google reviews and is made up of former prosecutors that are focused on criminal defense, handling high-profile criminal cases. Owning to their commendable clients’ representation, they have become the go-to firm for most serious criminal cases in Texas. They cover sexual assault cases, aggravated assault, manslaughter trials, capital murder and many others. Benson Varghese, the firm’s managing partner, has been recognized both nationally and locally as a top trial lawyer and has an Avvo rating of 10 out of 10.

Terisa Wines recalls how Mr. Benson Varghese saved her son’s life and that she was pleased by the outcome. She says that whatever the client’s needs are, Mr. Benson is going to show compassion and fight relentlessly for justice. She was informed of what her son was facing and given different scenarios on how to proceed with the case. 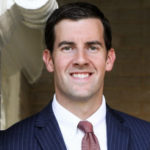 The Law Office of Bryan P. Hoeller, PLLC is a trusted and top rated Fort Worth firm with a 5.0-star rating on Google reviews. The firm consists of former prosecutors Bryan Hoeller and Lindsay Truly whose goal is to provide their clients with the best possible representation in Fort Worth. The criminal defense cases they handle are such as felony crimes including drug possession, gun charges, aggravated offenses, assault and murder and misdemeanor crimes such as theft charges, family violence, and resisting and evading arrest among others. The firm has a 10.0 rating by Avvo and is recognized as among Top 100 Trial Lawyers by The National Trial Lawyers. They pride themselves as the right lawyers to help protect what matters most to you.

Charles Bryant’s fiance who was being charged with a felony and misdemeanor in Tarrant was on probation in another county.  The new charges would have brought about revocation and caused her to be incarcerated for a long time. Thanks to Mr. Hoeller both the Tarrant County charges were dropped. 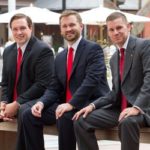 Barnett Howard & Williams PLLC is a 5.0 star rated firm on Google reviews with great experience, and they understand that good people often find themselves charged with criminal offenses. Their practice areas include drug crimes, sex offenses, federal crime defense, assault and violent offenses, domestic violence, and white collar crime among many others. They have been listed among the Top Attorneys in Fort Worth by Fort Worth Magazine and the Texas SuperLawyers.

The firm’s outstanding work is seen through their clients reviews. J. Rodriguez, who was facing over ten years in prison after seeking the services of Barnett Howard & Williams, got his case dismissed. He expresses his gratitude to the firm for taking his case and for granting him freedom. 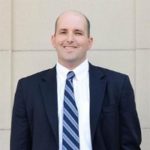 Andrew Deegan, Attorney at Law, is an experienced criminal defense lawyer whose office was established in 2013. According to his slogan, he believes that every case is defensible. His firm has a 5.0 Google reviews star rating and covers cases such as drug crime, domestic violence, theft, sexual abuse, sex crimes, and assault among many others. He is recognized by the National Association of Criminal Defense Lawyers and the Texas Criminal Defense Lawyers Association.

Catrina Fields is a cancer patient who was incarcerated for multiple charges immediately after being released from bed rest from a major surgery. She needed to get out of jail because she required critical aftercare, so she contacted Mr. Andrew. He immediately responded to her letter by visiting her and after two days she was out of jail. 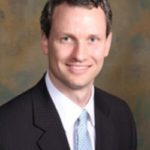 Fulgham Law Firm P.C. is headed by Fort Worth criminal lawyer Brandon Fulgham, who is experienced in hundreds of cases. The firm’s mission is to aggressively defend their clients through their experience and positive reputation. This 5.0 star rated law firm according to Google reviews, covers assault, theft crimes weapons charges, and fraud crimes just to mention a few.

Richard Regalado Jr., a client, discloses how he owes his sleeping at home with his family to Mr. Fulgham, who represented him in three major cases he had. He was being accused of one misdemeanor and two felonies of which Mr. Fulgham got the misdemeanor and the second felony dismissed.

Another client, Jason Dodson expresses his gratitude to Fulgham Law Firm as he was treated with care. He was arrested for a DUI felony and was very scared about the situation. After talking to Mr. Fulgham and being honest about what had transpired, he felt at peace. He was explained everything in detail and luckily the issue got sorted out. 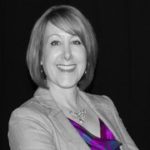 Hawkins & Walker, PC are Fort Worth attorneys who offer broad range of legal services including representation, consultation, and advice with enough years of experience. The 5.0 star rated firm on Google reviews offers representation for criminal defense cases that also involve traffic offenses. They are members of Texas Trial Lawyers Association and have  10.0 Avvo rating. Their mission is fighting for their clients’ rights.

Leroy Reber, who is a client, got a couple of tickets dismissed in court and his driving record cleared. Alicia Oliver, another client, says the firm helped her in reducing several old traffic tickets that she had not been able to take care of due to financial incapabilities. She says the law firm did an outstanding job as they were able to get some of the tickets removed without issues.

In conclusion, as more and more law firms are sprouting up on a consistence basis, it is best to find out, which will best cater for your legal needs. The list above is just a light focus of some of the top firms and lawyers in criminal defense in Forth Worth based on their services and expertise in legal matters as indicated in their client reviews.