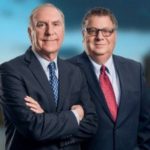 Goodman & Acker P.C is a law firm with over 75 years of trusted personal injury experience. They help their clients maximize their settlements, and they have been around since 1994. Barry Goodman is a member of the Michigan and Florida Bar, and a former president of the Michigan Association for Justice. He also won the Champion of Justice award and the Wings of Justice Award.

Gerald H. Acker, who is a partner at Goodman & Acker, is a member of the Michigan Bar and a former president of Michigan Association for Justice. He has also won the American Patriot Award and Wings of Justice Award. They have Google reviews rating of above 4.5 stars with numerous positive client reviews. Rakeem A Gilmer says that this team of lawyers helped him with his SSI/SSD case with courtesy and respect. All his questions were answered, and his concerns attended to with utmost integrity, honesty, and professionalism. 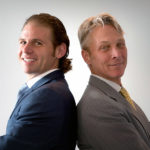 They are given a 5.0-star rating on their Google online reviews

Liz stouten who is a former client of Ernst & Marko law says that these lawyers were all she needed as a client. She says that they have the utmost respect and professional approach to their clients, and they helped her deal with her injury case that she had been trying to solve for quite a while. 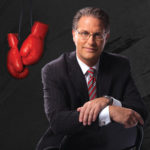 Johnson Law PLC are experienced award winning trial lawyers who have advocated for injured individuals for the past 27 years. Mr. Ven Johnson has won over $100 million in jury verdicts and settlements. He also has professional memberships in the American Association for Justice, the Federal Bar Association, the American Board of Trial Advocates, and the Million Dollar Advocates Forum among many others. He is also the president of the Michigan Association of Justice and lectures on quite a number of litigation issues in Michigan.

The firm has a Google reviews rating of above three stars with positive reviews from previous clients. Pam Steward highly recommends Johnson Law Firm and says that they are the best she has ever worked with. She says they gave her a very quick response, and they showed her care and solved her injury case in no time. 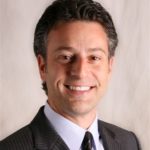 Mike Morse Law Firm is Michigan’s largest personal injury law firm with over 20 years of experience. In the last three years, they have been able to win 250 million dollars in settlements and verdicts. They specialize in cases such as motorcycle accidents, social security disability, auto and truck accidents and even dog bites. They have made many media appearances and recognitions such as My TV20 News, the WJBK News, and are recognized by the Detroit’s Free Press as one of Michigan’s top workplaces in 3 consecutive years. They have also featured severally in the Michigan Lawyers Weekly. The law firm has a good number of positive reviews and boasts of a near four stars rating on the Google reviews.

Andrea Hall says that Mike Morse and his team were very helpful to her from the first day she walked into their offices. They gave her all the information she required and informed her of everything that was happening throughout the process. She highly recommends this firm to anyone who is in need of professional legal help. 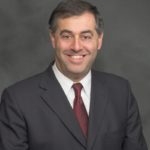 Buckfire & Buckfire has been providing the clients in Michigan and its surrounding area with quality legal representation and personal service since 1969. They have quite a number of awards and professional honors for their work. Buckfire was named the Best Detroit personal injury lawyer by DB magazine and the Best Michigan personal injury attorney by the American Lawyer Academy.

The law firm was also honored as the Super Lawyers, named the best lawyers by US News and had the highest AV’s Martindale-Hubbell Rating for skill and integrity. They handle cases like bike injuries, bus accidents, drug related injuries, drunken driving accidents, birth injuries and so on. This firm has a star rating of above 4.5 in their online Google reviews with a good number of positive reviews.

Justin Streu says that he was happy to hire Buckfire & Buckfire for his car accident case. They took prompt action and answered all his questions and calls on time. He says that the attorneys were very friendly and easy to talk to therefore making his legal process less daunting. 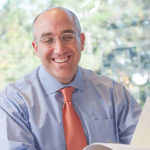 The Sam Bernstein Law Firm is a trusted firm, which has been fighting for client’s rights since 1899. Attorney Sam Bernstein has carried the tradition of his father for about half a century now. They specialize in injury cases such as car and truck accidents, motorcycle accidents, social security disability, medical malpractice and asbestos and mesothelioma among others. Their work has been recognized and celebrated by many people and organizations. They have received awards and honors such as the award from the Michigan Lawyers Weekly, who honor attorneys who change the way they handle laws. They were also honored by the SuperLawyers and featured in the New York Times as the top Attorneys in Michigan in 2012. They also received the Arc 60th Legacy Award as part of honoring the managing partner Mark Bernstein. The Sam Bernstein Law Firm were also awarded by the National Association of Distinguished Counsel as the Nation’s top one per cent.

The law firm has a rating of above 4.5 stars in their online Google reviews. Kimberly White says that her fiancé was involved in a motorcycle accident, and the law firm of Sam Bernstein was very helpful and supportive. They guided her and her husband in understanding their rights.