Milwaukee, Wisconsin hosts a large number of law firms, and it may prove difficult to find a reputable one to present you when injured. Here are the list of Milwaukee‘s best personal injury lawyers. This list was creating using the ratings and reviews left by past and current legal clients and is in no way to be considered an endorsement. This is for informational purposes only. 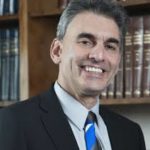 Gruber Law Offices is a law firm run by attorney David Gruber, who founded it over 28 years ago and has been in law practice for more than 30 years now. Attorney David has had a successful legal career, and his firm has been trusted and popular in the city. He has received very many prestigious designations and awards. He appeared in the top 100 Trial Lawyers by the National Trial Lawyers Organization, which is a high-end association made up of the premier trial lawyers from every state.  Membership is usually extended to particularly the most qualified lawyers in each state.

Gruber Law Offices deal specifically with cases of personal injury that range from truck and automobile accidents to product and premises liability cases. They represent several different clients, and one of them posted a review that his experience at the law firm was phenomenal. He was thrilled by the way his accident claims were quickly handled by David’s team, and they kept him informed throughout the process. On Google reviews, the law firm is rated above 4.5 stars by clients with more than 110 reviews. 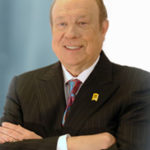 Hupy and Abraham, S.C. was started back in the 1960s and has been in operation since. Attorney Michael Hupy joined the practice in 1989 and at this time, it was already well established. This Milwaukee law firm has over the years had several different names and several different partners. In 1997, one of the founders of the firm left and sold his original ownership share to Michael Hupy. Later on in 1999, Attorney Jason F. Abraham became a shareholder, and they changed the name to Hupy and Abraham in 2006.

Hupy and Abraham handle personal injury cases including wrongful death, negligent security, car accidents, and slip and fall among others. The firm has had quite a number of appearances in the press. For example, they appeared on FOX News donating $50,000 to the justice center. They also appeared in the 2015 leading lawyers list. The law firm won the Shepherd’s Best of Milwaukee Award from 2011 to 2015. It is a member of the American Trial Lawyers Association. The AV Preeminent Peer Rated firm has an Avvo rating ‘Superb’ of 10. The attorneys are recognized by SuperLawyers.

Tracey Bland was hit by a drunk driver in 2014 and Hupy & Abraham handled the case very well. They have been of great and at help at this time Tracey is trying to heal. It has been a huge relief for Tracey because she does not have to deal with insurance. 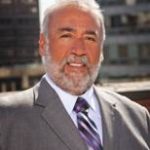 Domnitz & Skemp, S.C. handle several types of injury cases including slip and fall, car and motorcycle accidents, and severe dog bites. The firm has received a number of awards and recognitions. The senior shareholder Merrick Domnitz has been in the practice for more than 35 years and has had very many accomplishments. He featured in the SuperLawyers’ top 10 in Wisconsin. He is also a member of the International Society of Barristers and the American College of Trial Lawyers. These organizations require that all their members have positive reviews by judges.

Chelsea Domer says the law firm represented her in two car accidents cases which left her with back injuries. The lawyers did an excellent job, and the cases were settled at the same time. The law firm has a solid five stars rating on Google reviews. 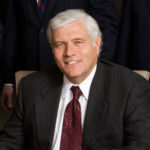 Murphy & Prachthauser, S.C. has been handling cases of personal injury for more than 30 years now. The law firm handled cases including defective products, auto accidents, truck accidents, slip and fall, medical malpractice, and motorcycle accidents among others. They have also been highly rated by Martindale-Hubbell, a peer review service.

Murphy and Parachthauser have had a number of press appearances. For instance, they were included in the 2016 ‘Best Law Firms’ recognition by US News. This award was specific to the area of personal injury litigation. They have a near-five-star rating on Google reviews by clients. George Bellas says that Thadd Llaurado of Murphy & Prachthauser, S.C. stands heads and shoulders to represent clients against some of the biggest corporations in America. 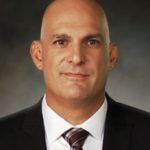 Gendlin, Liverman, and Rymer handle cases that involve car or truck accidents, wrongful death, and traumatic brain injury among others. They focus solely on personal injury cases. The firm has been in the practice for more than 112 years. They are a member of the Million Dollar Advocates Forum.

Many clients have had positive reviews on the firm. One client posted that she was very happy with the $150,000 settlement that the firm got for her. She recommends them because of their outstanding service. The attorneys kept communicating with her and got back to her quickly, she says. 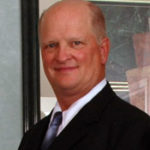 Aiken & Scoptur, S.C. is a law firm that provides personalized service and legal expertise to their clients. They focus solely on personal injury and have 90 years of combined legal experience. They have accomplished several settlements and verdicts over the years, including a $47 settlement for two women from Arizona who got killed in a car accident because of roadway negligence. Aside from their accomplishments in the field of litigation, both attorneys Paul J. Scoptur and Timothy J. Aiken have established themselves as legal lecturers and scholars.

Attorney Aiken frequently lectures at conventions and law schools throughout the country. He is also the former president and vice president of the Wisconsin Academy Of Trial Lawyers. Attorney Scoptur has also lectured on topics relating to medical malpractice, personal injury, and trial advocacy skills. Attorney Scoptur has been named among Best Lawyers in America continuously since 2002 and has also been featured as one of Wisconsin’s top 100 Trial Lawyers. They have an Avvo rating ‘Superb’ of 10 for Top Attorney Personal Injury. The lawyers have appeared on the Top 40 Under 40 list.

The firm has a number of testimonials from clients that were happy with their service. Phillip M. thanks, Paul Scoptur and Tim Aiken for handling his case that involved medical malpractice. Paul and Tim made the litigation process short and obtained a fair and equitable settlement.

In hands of qualified personal injury lawyers in Milwaukee, you can get an aggressive representation for your case. Reading the reviews posted by past and present clients helps you choose the right attorney.

Disclaimer: The above-mentioned attorneys are not all members of Esteemed Lawyers of America®. Inclusion on this list is based on client reviews found on various attorney review websites.
Toggle Sidebar