Las Vegas, Nevada has a bunch of law firms especially those that deal with personal injury. If you sustain an injury, and you do not know where to turn to, here are some of the best personal injury attorneys in Las Vegas. This small list was created using only the reviews and ratings left by clients. 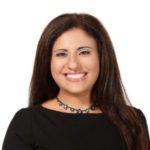 The Fletcher Firm has lawyers with more than half a century of experience in handling personal injury cases across Las Vegas. The firm has a proven track record of success and is widely-respected. The attorneys are dedicated to working smart to ease your situation and assist you to get justice for your injury case.

The prominent attorneys have teamed up in handling personal injury cases such as DUI, traffic ticket, car accidents, and others like medical devices and defective drug cases.

The Fletcher Firm has Avvo rating of 10.0 ‘Superb’ and is also rated by Yelp and AV Preeminent by Martindale-Hubbell for legal practice credibility. They are also listed among top 10 Trial Lawyers by the National Trial Lawyers.

On Google reviews, clients give this firm five stars. Uros Kostic, a client of the Fletcher Firm, says he had a great experience working with the lawyers who kept him informed every step of the way through the proceedings, and his case was dismissed.

Benson and Bingham, Attorneys at Law 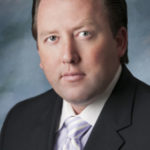 Benson and Bingham, Attorneys at Law have settled about $79,000,000 for their clients between 2010 and 2015. The firm has been in business ever since 2003 in Downtown Las Vegas. Joseph Benson and Ben Bingham are dedicated to doing their work with a lot of passion to ensure their clients are satisfied with their work and outcome.

At Benson and Bingham cases are handled in-house by professional and experienced attorneys. These cases include accident related cases, medical malpractice, nursing home negligence, and premises liability among others.

The law firm has received referrals and was selected by Morgan and Morgan Law Firm as Nevada Exclusive Representative. It has also been voted as one of the top personal injury law firms by Las Vegas magazine.

Benson and Bingham has a rating of 5.0 stars with 125 reviews on Google reviews. In fact, it is the highest Google reviews rated personal injury law firm within Las Vegas. Their clients also speak highly of them. Edward Brown says Dana Oswalt and Michelle Rodriguez, who are lawyers at Benson and Bingham, were very compassionate towards his case, and they did a great job in helping him receive his full compensation. 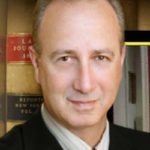 Law Offices of Robert Koenig is a legal team of experienced and skilled lawyers practicing in Las Vegas for over 20 years handling all types of personal injury and working hard to get full compensation for their clients.

The firm has settled millions of car accident cases, medical malpractice, airplane accidents, wrongful death, and much more. The law firm focuses on solving your case as you recover from whatever injury you were involved in order to ensure you are adequately compensated in every way possible.

The firm rates five stars on Yelp and close to 5 stars on Google reviews. It has also been rated by Avvo ratings and is a member of the Million Dollar Advocates Forum. The firm has also headlined in FOX, CBS, and ABC media channels as one of the top personal injury lawyers in Las Vegas. It is highly recommended by clients just as Char Heinricks, one of their clients says a friend referred him and based off experience he had with them, he believes in their integrity and confidence in handling cases. 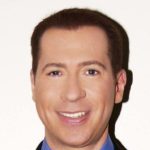 Adam S. Kutner & Associates is located in Nevada and has been representing injured victims for more than 21 years. The firm is dedicated to assisting their clients to get a full settlement, good doctor care, and car repair. The attorneys and staff are courteous and respectful to clients.

The firm handles cases such as auto accidents, dog bites, wrongful death, slip and fall, bad faith insurance claims, and pedestrian accidents among others. Adam S. Kutner has been given an award of Client Satisfaction by American Institute of Personal Injury Attorney 2016. He also has AV Preeminent rating by Martindale-Hubbell and is rated among the top 100 Trial Lawyers by National Trial Lawyers.

On Google reviews, Adam S. Kutner is rated above 4.5 stars and has a large number of customer reviews standing at more than 145 reviews. Sherry Lyons says she was shown much concern and respect during her case with constant updates. She also says she would recommend the firm to anyone who needs help with their cases. 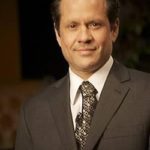 On Google reviews, Bernstein & Poisson, LLC is rated above 4.5 stars by clients. Princess B., a client of the law firm, says that her husband was involved in a car accident but through the help of the team at Bernstein & Poisson, he was compensated for the injury and suffering. 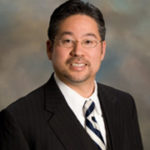 Law Offices of Rodney K. Okano has been in business since 2004 handling personal injury cases in Las Vegas area. The law firm handles personal injury cases such as spinal cord and brain injuries, broken bones, wrongful death and more. It has an Avvo rating of 10 ‘Superb’ Top Attorney Personal Injury and has been selected among the top 100 Trial Lawyers across Nevada.

The Law Offices of Rodney K. Okano has an outstanding 4.5 stars on Google reviews. Keonie Moore on Google reviews says Mr. Okano and his team were helpful when she was traumatized after being involved in a car accident. She did not know the way forward, but the team helped her out in her case.