Los Angeles, CA prides itself on having many law firms and lawyers serving the community; but did you know that you could spend a lot of time searching through directories and online resources to find the right one? Below is a list of the best personal injury lawyers in Los Angeles, based on the ratings and reviews placed online by clients. 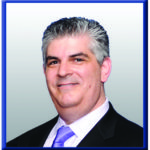 Scott J. Corwin, A Professional Law Corporation has attorneys who are dedicated to assisting their clients to get the compensation they deserve from their injuries. Mr. Corwin is the principal of the firm and has over 20 years of experience in the area of personal injury serving the people of Los Angeles. The law firm has over the years handled cases including catastrophic injuries, car accidents, spinal cord injuries, pedestrian accidents, brain injuries, and truck accidents among others.

Mr. Corwin has been honored with the Los Angeles Trial Lawyers Charities Presidential Award for the year 2015. He is listed among Southern California Super Lawyers for ten years now by Los Angeles Magazine. He has Avvo rating of ‘Superb’ 10.0 for Top Attorney Car Accident.

The firm has an outstanding five stars on Google reviews. Enrique Torres, a former client of Mr. Corwin, says after he was hit by a car when crossing the streets, he was advised to get a lawyer. When he searched on Google, he found Scott J. Corwin Law Corporation among the highly rated, which after he contacted were very helpful and caring. He was fully compensated, and he got back to work. 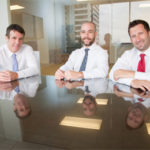 Farar & Lewis LLP is based in Los Angeles and has 30 years collective experience in fighting for victims of injuries from someone’s negligence. The firm aims to protect their clients to ensure justice is served. They handle cases related to wrongful death, all accident related cases, defective products, dog bites and others.

Farar and Lewis LLP has headlined in FOX, ABC, The Huffington Post, Forbes, and CBS media channels as one of the reputable law firms Los Angeles. It has Avvo rating of 9.7 for Top Attorney Personal Injury and is recognized by SuperLawyers and Lead Counsel. The lawyers are also members of Multi-Million Dollar Advocates Forum.

Joel Farar, the founding partner of the law firm, was named Super Lawyers Rising Star from 2012 to 2016, an honor that is awarded to only 2.5 percent of California lawyers.  They are rated five stars on Google reviews. Chris Ryan, one of the clients, says a good friend of his recommended him to Farar and Lewis LLP, and he has no regrets because he had a great experience and the lawyers were very professional and honest.

Law Offices of Daniel A. Gibalevich 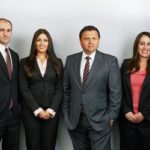 Law Offices of Daniel A. Gibalevich is among the top rated personal injury law firms in Los Angeles, CA. The firm was established in 2001 and has lawyers who have the expertise and are passionate about their job. The lawyers at the firm have handled cases such as car accidents, dog bites, wrongful death, brain injury and more.

DAG Law Firm is a member of Los Angeles County Bar Association and the State Bar of California. The lawyers are listed among the Top 100 Trial Lawyers Nationwide. It is a member of Consumer Attorneys Association of Los Angeles. The firm has five stars rating on Google reviews. Their clients are happy and satisfied with the legal services of the firm. Most say the lawyers are communicative, helpful, responsible and very professional. Jeff T. was hit by a car as he was biking and broke his jaw and other parts. Lawyer Daniel helped Jeff through the desperate situation. 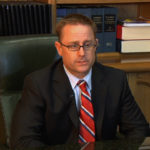 Ehline Law Firm PC is based in Los Angeles CA and has aggressive lawyers who pride themselves of fighting for the rights of personal injury victims. The principal attorneys include Michael Ehline, James Bell, James Carr and George Aldrich, who are very experienced and skilled. The firm handles cases such as wrongful death, all accident related injuries, catastrophes, sex attacks, spine injuries and amputation among others.

The law firm has won over $30 million dollars worth of settlements. Mr. Ehline is a United States Marine and has joined the Million Dollar Advocates Forum. He is won Circle of Legal Trust and is among the top 100 Trial Lawyers. The firm has five stars on Google reviews. Frank Orourke, a former client, says it is the best firm nationwide. He says Mr. Ehline and his team work diligently to ensure you get compensated for your injuries. 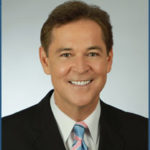 The Reeves Law Group is a widely known and respected law firm, which is committed to fighting for personal injury claims. It is a large law firm with over 25 years of experience. The firm has won 97.8% of the cases they’ve handled which include all accident related injuries, wrongful death, brain and spinal cord injuries, sexual abuse, medical malpractice and more.

The firm is listed among the 10 Best Personal Injury Attorneys in USA, Top 100 Trial Lawyers Nationwide and has a Clients’ Choice Award by Avvo for Personal Injury.

On Google reviews, it has five stars and their clients speak highly of the firm. Dan Weinstein says they made the process of the case smooth, and Mr. Blaise did an amazing job in getting him the settlement he deserved. 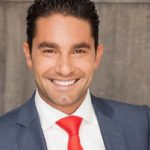 Wilshire Law Firm is a firm that gives the best legal representation across Los Angeles area. It was founded in 2007. The firm highly values clients’ interests. Wilshire Law Firm handles cases such as sexual abuse, medical malpractice, car accidents, and wrongful death among others.

The firm has Rue Rating of Best Attorneys in the USA, Avvo 10.0 ‘Superb’ rating, and is listed among the Top 40 under 40 Trial Lawyers. They are also Lead Counsel rated. The firm has been rated five stars on Google reviews. David says he would highly recommend the firm to anyone in need of legal assistance. He says the lawyers helped him through a motorcycle injury case, which he was told he was at fault. The team ensured he got justice and a deserved settlement.

These law firms strive to get the best for their clients. They have received positive recommendations and higher rating by past and present clients.