Jacksonville is home to quite a number of law firms, so in case you are injured and need someone to represent you; you may not be able to know where to look. Here are some of the best personal injury law firms Jacksonville has to offer as rated online by their past and current clients. 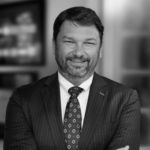 The Law Offices of John M. Phillips is founded by John Phillips. Lawyer John Phillips has obtained multi-million dollar verdicts and settlements in place of his clients and changed many companies and government operations. His offices have received several awards which include Best Lawyer from the Folio Weekly, Face of Justice Award by the 904 Magazine, the Litigator Award by the Trial Lawyers Board of Regents among many others.

With a star rating of above 4.5 on Google Reviews, the law firm shows tremendous commitment in handling personal injury lawsuits. Heather Adams, who was a client, had to say that she has never dealt with any other firm that handled her case like the Law Offices of John M. Phillips. She had a history of disappointments after dealing with the wrong kind of lawyers in her previous cases but after coming across John Phillips’ Law Offices, she was able to get all the professional help she needed during her legal process. She says that no promises were made to her, but her case was properly handled within a span of two weeks and had previously cost her a year of stagnation. She is very thankful. 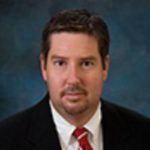 McGrath Gibson has a team of lawyers who consider themselves the best personal injury lawyers in Jacksonville. They develop close relationships with their clients and take time in understanding the kind of case their situation will create and try to come up with the best defense that will emerge as the winner in court. They handle cases in medical malpractice, truck accident injuries and wrongful death claims. Gibson is a Martindale-Hubbell AV ‘Preeminent’ based on his ethical standards and legal ability. He is also rated ‘Superb’ in Avvo Rating.

This law firm has a four-star rating on Google Reviews with satisfied clients posting good reviews. Robert Wagner says that he had a great experience with McGrath from the start to finish in his auto accident case. He had experienced a tough time getting his insurance carrier to pay up for the damage caused to his car but after calling up Gibson’s Offices, he was helped by McGrath himself in finding a doctor that helped him with therapy and injuries and worked in settling his case fervently. 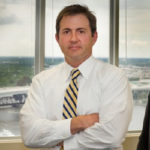 The Lawrence Law Group consists of a group of lawyers specializing in personal injury claims. They go by their motto of “Justice Served” saying that it is more than just a motto but is also their mission statement. They cover areas such as birth injuries, wrongful death, and medical malpractice among others. These lawyers have 40 years of experience handling personal injury matters and are sure to take the burdens and stress off your shoulders.

On Google Reviews, the law firm has a five-star rating and clients have talked positively about them. Jennifer posted a testimonial saying that she is thankful to this group of lawyers who helped her with her injury lawsuit. The firm did a stellar job with her case, and they proved to be quality people. Her settlement was handled in no time, and she was not misled at any point. 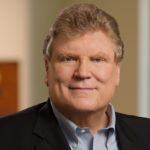 deals with various personal injury and wrongful death cases. The cases are handled with the utmost levels of professionalism and care to ensure pure satisfaction of all clients. They are Bar-registered Preeminent lawyers who have been nominated for the national top 100 Trial Lawyers and are also a huge part of the American Association for Justice. They have an Avvo rating of 10.0 ‘Superb’. They have received quite a number of positive Google Reviews giving them a four-star rating.

Christian Jorn recommends this law firm to anyone seeking to be treated with respect. She was helped in handling her case after going through many other attorneys who did nothing but leave her with a bad taste in her mouth. Harrell and Harrell proved that they could be very helpful and professional as well. 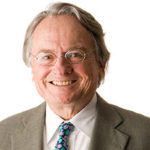 The Law Firm of Pajcic & Pajcic takes pride in their services because they believe that if you are a person who has suffered serious personal injury, they are the right people to defend you and get you what is rightfully yours. They have won quite a number of cases such as a $13 million verdict in a log truck U-turn accident and over $11 million for a wrongly charged driver in an accident. This is one of the few top ranked law firms with a reputation for 40 years in quality service. The law firm has been featured in US News and has been recognized as one of the Best Law Firms from Best Lawyers magazine.

While working on cases, they give updated progress to all their clients to keep them involved and get the view of the bigger picture. They also handle insurance paperwork, medical care, and financial difficulties. They are among the few firms with 5.0 star Google ratings and a number of satisfied clients such as Maureen Plato, who says that her daughter’s injury case led her to reach out for attorney recommendations. On finding Pajcic, she was very happy because they took control of the entire situation and handled it with ease until it succeeded. 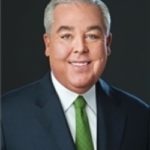 is a group of lawyers in Jacksonville that cater for clients in need of personal injury compensation. They have decades of combined experience and stop at nothing in getting your case solved. They have an impressive track record of $40 million in verdicts and settlements obtained leading tobacco company. Their clients’ feedback just goes to show that they are a very successful law firm.

Morgan and Morgan have a Google Reviews rating of above four stars. Many clients speak good about the services of the law firm. Mary Evans says that she had the pleasure of meeting Mr. Gordon, who helped her with her claim. She says that he was very professional and prompt in meeting with her on request. They did everything in their power to get her what Mary deserved, and she could never be more impressed.