The Law Offices of Michael A. DeMayo, LLP 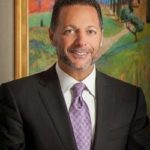 The Law Offices of Michael A. DeMayo, LLP is a team of lawyers who have represented more than 42,000 clients over 150 years of handling personal injury claims in combined legal experience. They handle about 90 percent of their personal injury claims out of court and do it in an aggressive and highly professional manner. They have a membership in the Million Dollar Advocates Forum, which is usually limited to attorneys who have won multi-million verdicts. Michael also has a client distinction award, which he attained in the year 2014.

He has received a star rating of above 4.5 on Google Reviews with many positive comments. A client named Angel Bradford says that he was helped by one of the attorneys at these offices and he says he had a wonderful process. They were able to keep him calm and optimistic, and that went very well for him in his case. 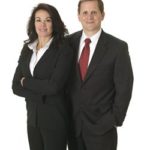 Auger and Auger consists of lawyers who go by the motto of providing professional, personal and caring, aggressive representation to all their clients and pursue their claims against insurance companies and gain the highest awards possible. They have been around for the past 25 years practicing law and recovered millions of dollars on their clients’ behalf. The founding partners are Million Dollar Advocate Forum’s members and Avvo Clients’ Choice of 2015 in personal injury.

On Google Reviews, they have a rating of almost five stars and impressive online comments. A former client of theirs Veda Boyd says that Auger and Auger are the most professional, responsive, relational and competent legal service he has ever worked with. He was very happy with how well he was represented in his accident settlement and will always go to them when he is in need of legal advice. 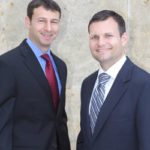 Rosensteel Fleishman PLLC is a law firm that has won millions of dollars for clients throughout North Carolina both in and out of the courtroom. They handle a wide range of cases from individuals involved in personal injury to the largest banks in the United States. Rosensteel Fleishman was voted for two years in a row for the Mecklenburg County Bar LRS Lawyer of the year. They are among the few lawyers with a Google Reviews rating of impressive five stars and have attracted positive comments from clients such as Sy Finkelstein says that his experience with Mr. Fleishman was excellent, and he was properly advised on what he should expect in the whole legal process. He says he was given the best representation he could ever ask for. 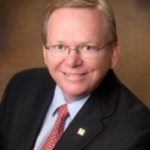 In Google online Reviews he is given a star rating of above 4.5. A client named Michelle Connelly says that she highly recommends this firm to everyone she knows because it was very helpful in helping understand her case. 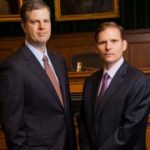 Hull & Chandler Attorneys at Law is a personal injury firm that has been representing its clients since 2003. They have years of experience in handling car accidents, slips and falls, and truck accidents among others. They are among the top 100 Lawyers in the National Advocates, and they have won millions of dollars in settlements and have therefore been featured in the Million Dollar Advocates Forum, with a 10.0 rating in Avvo as top attorneys in lawsuits and disputes. They are also featured in the North Carolina’s Legal Elite as well as the SuperLawyers rising stars.

It is among the few successful law firms that have a 5-star rating on Google Reviews with quite a number of positive comments. One of their former clients, Friendly Rooster says that she was very happy with her results after being involved with Hull & Chandler. She was trying to make her relationship with her ex-husband remain civil for the sake of their child, and one of the attorneys at the firm walked her through the entire process and fought for her rights, which was all she was looking for. She highly recommends this firm to anyone who is seeking legal and professional advice. 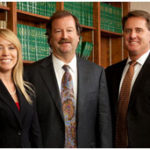 Charles G. Monnett III & Associates consists of a brilliant team of lawyers who handle a wide variety of cases from the minor injuries to death cases. They have CV, BV and AV registered certification marks of Reed Elsevier Properties Inc. used in accordance with the certification procedures of Martindale-Hubbell standards and policies. They are also members of the Brain Injury Association of North Carolina, the American Association for Justice as well as the Advocates for Justice.

In their Google Reviews, they are given a star rating of above four with some positive comments from their clients. Jessica Roberts, who was a former client, says that she had a problem during the process of buying her modular home when the business owner told her that she needed an astronomical amount of money to close the cost, which she was unable to pay, and the owner was not giving her down payment back. She sought the help of this firm, and she thought they did an amazing job in helping her get her entire down payment back. She highly recommends the company to anyone seeking professional, legal help.

If you are in Charlotte, North Carolina, having the right representation in personal injury cases increases the odds of obtaining your settlement. These are some of the leading personal injury law firms in Charlotte as shown in their rating and reviews from past and present clients.