The city of Boston, Massachusetts is home to several law firms, particularly those that specialize in personal injury. If you are in Boston and have experienced personal injury in any way, there are many law firms that are highly suitable based on how well they have been reviewed by clients. Here is a list of the best personal injury attorneys in Boston. This list was compiled using only reviews left by clients online. 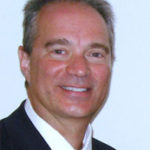 Feinberg & Alban has been in the business since 1946 and was founded by the late Phillip Feinberg. It has since been a family practice and was renamed to Feinberg and Alban by Mr. Phillip’s daughter Marsha and husband Ludwig Alban. For around 70 years now, the firm has been handling personal injury cases and has recovered hundreds of millions of dollars for their clients.

Mr. Robert Feinberg has repeatedly been selected as a personal injury Super Lawyer in all 11 years that the award has been given. He has also lectured other attorneys in seminars on several occasions. Additionally, he has testified at the state legislature.

Feinberg & Alban has an Avvo rating of 10 out of 10 for ‘Superb’ top attorney personal injury. They also have 2015 AV Preeminent by Martindale-Hubbell for ethical standards and legal practice ability. Feinberg & Alban has an outstanding five stars on Google reviews. Yuri Maizels on Google reviews says that there are lawyers that make clients do the work for them. There are others who leave clients wondering what’s going on. However, there is a unique personal injury law firm in Boston called Feinberg & Alban that creates an open channel of communication and applies a personable approach in dealing with each client’s case. 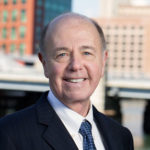 Sweeney Merrigan Law LLP is a family practice founded by attorney Peter M. Merrigan and attorney J. Tucker Merrigan. These successful brothers are joined by Thomas T. Merrigan, a former judge and also their father. The family teamed up and upheld a good reputation for their law firm.

Aside from the personal injury cases that they handle, they also take defective drug and medical device cases.  Sweeny Merrigan Law LLP has headlined in the Massachusetts Weekly as one of the country’s most powerful attorneys. Hon. Thomas T. Merrigan is also a former judge of the year.

Chong Xu, a former client, says that they are very glad they went to Tucker. The attorney was responsive, hands-on, and accessible. They were assisted through what could otherwise have been an extremely stressful and messy process. The law firm is rated five stars on Google reviews. 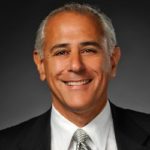 Breakstone, White & Gluck Law firm has attorneys with more than 100 years combined experience. The lawyers help those seriously injured or killed due to negligent acts of other persons. The law firm represents clients in car accidents lawsuits, truck crashes, construction site injuries, product liability, medical malpractice, and wrongful death. It has Avvo rating of 10 out of 10 and is recognized by Best Lawyers and SuperLawyers. The law firm has an AV Preeminent by Martindale-Hubbell. 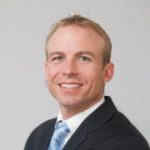 Turco Legal has the technology and financial backing to ensure that even highly complex cases that go to trial will achieve the best results and settlements or verdicts possible. Turco Legal represents clients in personal injury cases including slip and falls, car accidents, workplace or construction site accidents, dog bites, fire cases, industrial accidents, explosions, and medical malpractice among others.

The five star rated law firm on Google reviews has a ‘Superb’ top attorney personal injury rating of 10 out of 10 by Avvo. It also received Up & Coming Honoree by Lawyers Weekly in 2015.

Damian Turco was selected and rated by SuperLawyers in 2015. The law firm was awarded the Rising Stars honorary of 2014 by SuperLawyers Magazine. Lynn M. says that the staff of the law firm are perfect professionals. Lynn says that if she ever gets the chance to sing their praise, she will. She never thought she would say something like this to a lawyer. 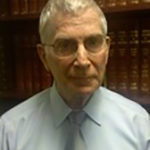 Arthur F Licata, PC is law firm established by Arthur Licata, who has been practicing law for more than 30 years now.  Attorney Arthur Licata has advanced his trial experience by taking cases that involve the more complex sector of liquor liability. This applies to such cases as underage drinking, drunk driving and careless serving of alcohol to both adults and minors. These services have made his firm very popular in Boston. Arthur’s expertise in such matters is confirmed by his success in the Massachusetts Supreme Judicial Court.

This firm has received recognitions like the SuperLawyer designation in 2006 to 2016 from Boston Magazine. He also attained an AV rating in the Martindale-Hubbell directory. The law firm has a Google reviews rating of close to five stars. 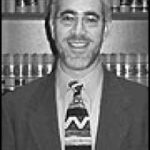 Joel H. Schwartz, P.C. is an icon in the field of personal injury lawsuits having been known for the last 50 years. They handle cases such as slip and fall, car accidents, and other personal injury cases. The law firm is awarded SuperLawyers and is a life member of the Million Dollar Advocates Forum. The law firm also has an AV Preeminent rating for top rated lawyers.

An Avvo rating of 10 out of 10 demonstrates the ethical standards of the law firm in practicing law. Amon Mavingire of Charlestown, MA was afraid of dealing with lawyers. After being involved in an accident, Mavingire had the first experience to work with a lawyer by engaging with Joel H. Schwartz.

Joel never kept Mavingire in the dark and had impressive results on the case. Joel H. Schwartz, P.C has a near five stars rating on Google reviews.

Whenever you are injured due to negligent act of another person or party, you want the best lawyer to represent you. This list provides you with viable personal injury lawyers in Boston you could consider in your injury case.