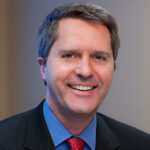 Todd Law Firm is run by David Todd who places prime focus on families and children. The law firm has won many multi-million settlements and has one of the highest ratings in Texas. In 2016, the Super Lawyer Magazine named Todd as Texas’ Super Lawyer – a prestigious title in the legal community. In addition, Todd is a member of the Million Dollar Advocates Forum, a group composed of lawyers in the USA who have won at least $1 million in a single settlement.

Todd started out as a criminal lawyer in the ’90s but soon branched into family law and later decided to major on personal injury cases. The experiences he has gained from the previous fields have enabled him to be successful at securing the best in and out-of-court deals for clients.

One of Todd’s clients describes him as a tenacious, knowledgeable and personable both as an attorney and in person. Todd Law Firm is rated five star by clients on Google reviews.

Grossman Law Offices have handled various high profile cases involving vehicle accidents for the last 25 years. They have also secured compensation for damages arising from negligence in operations of hotels, bars, hospitals, and construction work. In one of their best settlements, they were able to secure as much as $31 million for a client who acquired brain damage after overdrinking. The lawyers managed to convince the court that the bar was at fault for “over-serving” their client.

Grossman Law Offices have received many awards and recognitions from civil rights organizations, lawyer associations, corporates, and publishers. Clients also heap praises on their staff for their good listening skills and quick response to questions and feedbacks. On one of their reviews, a former client describes Grossman Law Offices as a family rather than a business, because of the way they handled her case personally and professionally. 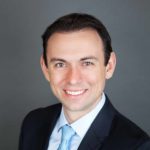 Zinda & Davis, PLLC was co-founded by Jack Zinda and Holy R. Davis to bring together a team of 20 lawyers, each specialized in their various fields. The law firm covers cases of injuries acquired from road accidents, medical negligence, burns, animal attacks, and construction sites.

Zinda and Davis Law Firm is accredited by the Better Business Bureau, an organization that is run by consumers and which ranks businesses based on what customers say about them. Some of the attorneys in the team are also members of the Million Dollar Advocates Forum. This means they have managed to secure settlements of at least one million dollars in a single case.

Most of the clients praise Zinda and Davis team for their high demonstration of knowledge and confidence in what they do. Clients with busy lives also say they prefer this firm as the staff provided them with constant updates and this helped them to prepare their case schedules. Zinda & Davis, PLLC has a rating of five stars on Google reviews. 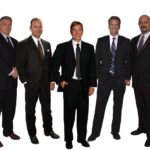 The Carlson Law Firm has been operational since 1976 and has earned a lot of reputation in securing personal injury claims. In their best recent case, they won $2 million in claims for an Austin accident involving a commercial truck and a motorcycle.

The Carlson Law Firm is made of a team of lawyers, paralegals, private investigators, and nurses whose main focus is to ensure that a victim does not only get the best compensation but that they also receive first-class treatment in which ever health institution they choose to be admitted in. While one group ensures that a client’s stay at the hospital is great, the other begins immediately assessing the situation to seal any loopholes that might prevent the patient from receiving a just compensation. 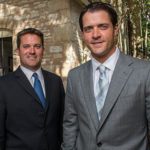 McMinn Law Firm is a partnership involving two brothers: Jason McMinn and Justin McMinn. Both have a long term record in handling of personal injury cases. They have also been residents of Austin since childhood, and so they understand both the physical and legal environment exceptionally well.

In 2014, McMinn brothers were listed among the most achieving under-40 lawyers in the Top 100 Trial Lawyers of 2014. They have also earned acknowledgement for participating in programs for children and the poor. They also actively engage in road safety campaigns.

The McMinn Law Firm is known offer tough litigations against reckless drivers who cause unnecessary pain and suffering to innocent road users.  Josiah Williams, one of the firm’s clients who sustained injuries from collision in 2015, says that with the help of the McMinn brothers his case was settled quite fast and in the best way he didn’t expect. He expected good outcome but never imagined it would be that amazing. The McMinn Law Firm has a Google reviews’ rating of five star by past clients. 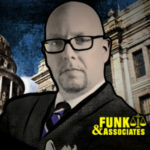 Funk & Associates is dedicated personal injury law firm in Austin that will fight hard to ensure you are compensated handsomely. This law firm has received recognition from Super Lawyers and Million Dollar Advocates Forum, and an AVVO Rating of 10-10.

When you are dealing with a personal injury claim, to avoid getting shortchanged, most legal experts recommend that you do not sign any compensation agreements with an insurance firm when you have not yet secured a legal representative. There are many experienced personal injury attorneys out there who can help.