Criminal law is a very hectic field that needs proper representation because it tends to be very difficult to comprehend. Seattle, Washington has a good number of criminal defense attorneys but finding one to represent you could be an uphill battle. Below is a list of Seattle’s best criminal defense lawyers as determined by the online reviews left by their own clients.

The Law Offices of Kevin Trombold 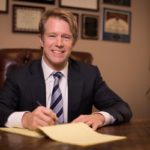 The Law Offices of Kevin Trombold is five stars rated on Google reviews. The firm offers aggressive advocacy headed by Kevin Trombold, who for two decades has advocated aggressively on behalf of his clients accused of committing different felonies and misdemeanors. He represents in cases such as DUI, domestic violence, murder, theft or robbery, drug crimes, weapons crime or sex crime among others. He is recognized by the National Trial Association as one of the top 100 Trial Lawyers in the United States. He is also a member of American Academy of Forensic Science, a writer, and a renown speaker.

The firm’s slogan ‘good people need a great attorney’ describes the mission of the firm in presenting its clients. One of the testimonials from a client recommends Mr. Trombold as he helped the client’s daughter through a very upsetting situation when she was charged with a DUI, which could potentially damage her future. 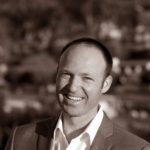 Webb Law Firm, PLLC is headed by attorney Nate Webb whose firm is rated a five star on Google reviews. The firm mainly focuses on DUI or DWI cases and has repeatedly been recognized as DUI Top Attorneys by the Seattle Met Magazine and listed as the Best Seattle DUI Attorneys. The lawyers also deal with felony offenses and other misdemeanors including traffic offenses. The firm has a 10.0 out of 10 Avvo rating for Top Attorney.

Nate Webb has also been repeatedly named a SuperLawyer Rising Star. Tirzah Jones, a client of the firm, says she was scared when she got her DUI charge, but Mr. Webb handled her case with sympathy, care, and expertise. The DUI charge was eventually dropped to a lesser charge, and she did not lose her driving license, which she had not thought was possible. She says the attorneys were extremely knowledgeable and experts in law especially in explaining the details of the case and advice, which helped her weigh her options to get the best outcome. 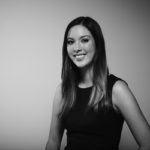 Emerald City Law Group Inc. is rated almost five stars on Google reviews, and it has been fighting for its clients since 2004. The attorneys understand the serious potential of long-term consequences that their clients face when they are charged with criminal offenses. The lawyers at Emerald City Law Group offer counsel in criminal cases such as domestic violence, traffic offenses, DUI offenses and other felonies and misdemeanors. The firm has a 9.5 Avvo rating and has been featured on 106.1 Kiss Fm.

Nicholas Vincent, a client says the group was fantastic and easy to work with regarding his speeding ticket. He supplied the firm with a copy of the ticket and a few months later; he received an email stating that everything had been taken care of. All along the way, the firm provided updates on the case and was extremely friendly and accommodating. 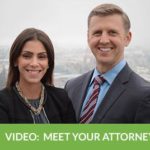 Will & Will, PLLC has 25 plus years of combined experience in criminal defense. This close to five stars rated firm on Google reviews deals with crime cases involving domestic violence, sex crimes, drug crimes, DUI, white collar crimes and theft crimes. They have a 10.0 Avvo rating and have been featured on NBC NEWS, CNN, CBS, FOX NEWS, ABC News and MSNBC.

The work of good attorneys is often highlighted through their customer reviews. Michael T., a client, was charged with two felonies who hired legal counsel from the Wills. They worked diligently answering all his questions throughout the process. In the end, Michael retained his job, which was his biggest concern. 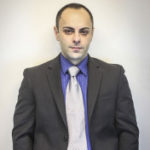 Community Law Firm, PLLC is rated nearly five stars on Google reviews, and the firm’s  mission is to provide the best legal services to each and every of their clients. They have 20 years of experience with DUI jury trials, and their practice area includes drunk driving cases, traffic offenses,  drug crimes, hit and run, vehicular homicide, reckless endangerment and driving, and boating under the influence among other crimes. The firm’s attorney Gregory Sarkisyan has an 8.9 out of 10 Avvo rating.

Tami H. says Greg S. represented her husband after he received a DUI whom without his assistance, the outcome would not have been the same. She says Greg was quick to return their calls and spoke to them in terms they could understand. 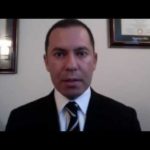 Leyba Defense PLLC is an experienced and aggressive DUI defense who represents individuals accused of criminal and DUI offenses in Seattle. Their mission is to provide the highest quality legal criminal defense. This near five stars rated firm on Google reviews is headed by Matthew Lebya and is highest rated DUI Lawyer in Seattle according to Avvo with a 10.0 rating. He is also a member of the Washington State Bar. His area of practice includes traffic offenses, DUI, and DWI.

Rachel Bain, a client, highly recommends the firm to anyone going through a criminal offense case. Rachel, who had a DUI case, says she would never have gotten through it without the expertise and legal knowledge of Mr. Lebya. When she was overwhelmed with the case, he took great care and explained the details of the case step by step. When she wanted to give up, she was encouraged not to and was glad she did not in the long run.

Criminal offense charges tend to be quite serious and if one is charged with either a misdemeanor or felony should immediately seek the services of a good criminal defense attorney. It is never easy getting one as some law firms are shoddy in what they do. However, with proper research and going through reviews and recommendations, you can turn that criminal charge into a ‘not guilty’ verdict and go back to enjoying your freedom.