San Diego, CA is regarded America’s Finest City with the miles and miles of white sand beaches and breathtaking weather, but did you know that you could find yourself in a difficult situation when you want a criminal defense attorney? With a large number of attorneys in San Diego, finding the right one to represent you may be a tall order. However, here are the best criminal defense attorneys in San Diego as reviewed by past and present clients. 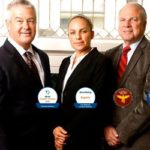 Samantha Ashley Greene has an Avvo rating of 10 out of 10. Recently, Samantha won the Client’s Choice Award from Avvo and the Top Attorneys Award presented by San Diego County. Amanda K, a client served by Sevens Legal, APC lawyers says Samantha Greene is the best lawyer to defend your crime case. The law firm went above and beyond helping Amanda’s fiancé when he was in trouble due to a probation violation. 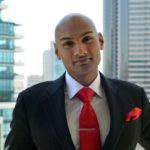 Monder Law Group PC is an award-winning law firm in DUI and criminal defense cases. The law firm represents clients involved in crimes such as DUI, DWI, and traffic violations. The lawyers also handle hit and run crime cases, drug charges, fraud, and domestic violence. The law firm has featured on FOX, CBS, ABC, and NBC media channels. It is also listed among the top 100 Trial Lawyers and Top 40 Under 40 by the National Trial Lawyers. They also have Client Satisfaction Award of 2014 for 10 Best by the American Institute of DUI/DWI Attorneys. On top of that, Monder Law Group has an Avvo ‘Superb’ rating with 10 out of 10. On Google reviews, the law firm is rated almost five stars by former and present clients.

Rick Martinez says that his career depended on the resolution of his criminal case. Rick says he could not have been happier than his case handled by Vik Monder. The lawyer knew the right strategy to apply in order to have Rick’s charges dropped. 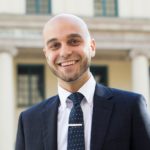 Ozols Law Firm is a high trusted criminal defense lawyer who is recognized by the largest news network in America. Alex Ozols is recognized by SuperLawyers and is featured on the Top 40 Under 40 and the Top 100 Trial Lawyers as listed by the National Trial Lawyers. On Google reviews, the law firm has a rating of a solid five stars.

CJ Pettinati is a client served by Alex Ozols and says that this is a great attorney. Pettinati met Ozols twice before the court date, and although the meetings were short, the attorney delivered impressive results. He is the best attorney, hands down! 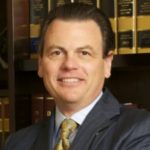 lawyer in San Diego. He handles cases related to drug charges, traffic violations, battery and murder, sex crimes, and weapon violations. Brian J. White has been featured on ABC News, NBC, and Fox News. He is also AV Peer Reviews Rated by Martindale-Hubbell. The law firm is recognized by SuperLawyers and registered with the State Bar of California.

On Google reviews, Brian J. White, Attorney at Law is rated a solid five star by past clients. Brian J. White has an outstanding Avvo rating for Excellent featured attorney criminal defense. He was also recognized by Criminal Defense Bar Association of San Diego as the Trial Lawyer of the Year 2012.

One client says that Brian White helped him prove his innocence after he was accused of 10 molestation charges. The team was very keen and intuitive in investigating every false charge that had been labeled against him. 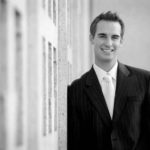 A former client Doug Coull says that Bradley is knowledgeable and smart. When Doug hired Bradley to present his son who had a difficult criminal case, Bradley did the job right. After an extended period of a jury trial, the attorney won the case on acquittal. 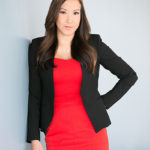 Law Offices of Anna R. Yum is a law firm established by Anna R. Yum, who is a former prosecutor now serving clients. The attorney has an Avvo rating of 10 out of 10 and is recognized by SuperLawyers. Lawyer Anna R. Yum has been featured San Diego Lawyer of the Month by Attorney Journal and appears on the National Trial Lawyers’ list of Top 40 Under 40. She is a general member of the National College for DUI Defense. She represents clients involved in drug charges, domestic violence, sex crimes, theft, DUI, child abuse, and many others. On Google reviews, you will find the law firm rated five stars by clients.

Isabel, a former client of Anna R. Yum, says her experience with the lawyer was exceptional particularly during the difficult times. Attorney Anna R. Yum guided Isabel through the legal waters of her case. Isabel says that she does not see herself going anywhere else if she ever needs the services of a criminal lawyer. Anna R. Yum is an amazing lawyer.

Having a reputable criminal defense attorney represent you can determine whether you will spend time in jail or be acquitted. Whenever you need a criminal defense lawyer in San Diego, you want to make sure you have the right hand to help you. Otherwise, things may not go on well as you intended if you have the wrong representation by a lawyer.