New York is the city where most Americans and immigrants aspire to live the American dream. In this city, there are quite a large number of criminal defense lawyers who might claim to be the best. However, not all of them can be. Below is a list of New York City’s best criminal defense attorneys as rated by their clients.

The Law Offices of Robert Schuster 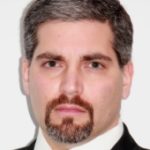 The Law Offices of Robert Schuster is a 5.0 star rated firm on Google reviews headed by Robert Schuster, who is a criminal defense attorney in Mt. Kisco in New York. His firm understands that being arrested is extremely stressful and frightening. He is a former prosecutor with many years of experience and has a 95% success rate. He handles criminal cases such as violent crimes, sex crimes, traffic violations, DUI, juvenile crimes and probation violation among other crimes. He has been featured on FOX News, The Wall Street Journal, The New York Herald Tribune, New York Post and Newsday. He is also a member of the New York State Bar, The United States District Court for The Eastern District of New York and many other affiliations.

Jason Gibbs, a client of the firm, had his serious felony charges dismissed and seven years of prison time completely avoided. He says Mr. Schuster does what it takes to fight for the rights of his clients and make them happy. 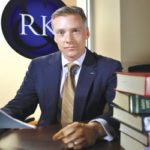 Law Offices of Raiser &  Kenniff, PC has attorneys with 30 years of combined experience. The founding partners of the law firm are both former New York prosecutors. The firm has a 5.0-star rating as seen on Google reviews and deals with criminal defense cases such as assault, battery, federal cases, DWI, felonies, bank fraud, credit card fraud, drug possession and trafficking. The firm has been featured on CNN, FOX Business, FOX 12 News, New York Post, TruTV, and many other channels. The firm has a 10.0 Avvo rating for Top Attorney and Avvo Clients’ Choice 2016 for Criminal Defense.

Leonard Herringi’s business was in trouble after he received 13 tickets and thought he would have to close. He was recommended to the firm by a friend. After hiring the services of Mr. Kenniff and his team, he not only got the case almost dismissed but also handled everything for the client. 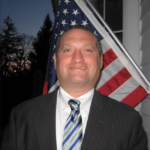 Bronx Criminal Defense Lawyer Troy A. Smith, PC is a law firm that proudly serves Manhattan, Brooklyn, the Bronx, Queens, and Westchester Counties. Their primary focus is ensuring their clients get the best possible results they can. Troy Smith has a nearly 25 years of experience defending clients from criminal charges. The firm deals with criminal defense cases such as sex crimes, military crime, drug crime, criminally negligent homicide, DUI, robbery, vehicular manslaughter and many others. Troy Smith has appeared on Richard French Live.

K. Greenhill was charged with a murder that he was not responsible for. He says hiring Troy Smith was the best idea he ever made in his life. He destroyed the police credibility on the witness stand and took apart the prosecutors’ case proving his client’s innocence. 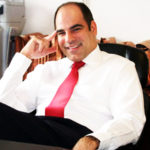 The Law Office of Paul D. Petrus Jr. is a criminal defense law firm in New York that is rated 5.0 star on Google reviews. It is headed by attorney Paul Petrus who is often the one who works the hardest to win criminal cases. His practice areas include computer crimes, assault charges, drug crimes, drug possession, DWI, sex crimes, rape, theft, white collar crimes, Internet crimes, sex crimes, and other forms of criminal offenses. He has a 10.0 Avvo rating for Top Attorney and is a member of the New York State Bar Association and New York State Association of Criminal Defense Lawyers.

Ron Dermer, a client of the firm, expresses his gratitude towards Paul and his entire team for supporting him when he was charged with sexual assault on his colleague. He saw him through the difficult time and was very much impressed by their service. 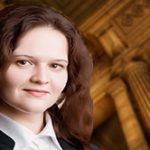 Merchant Law Group LLP is rated near five stars on Google reviews and is a criminal defense law firm in New York that is committed to helping those who are facing state and federal criminal charges. Their practice areas include drug charges, white collar crimes, forgery, fraud, arson, DWI, money laundering, child pornography, gun crimes, welfare fraud, sex crimes and many others. The firm has Avvo rating ‘Superb’ for Top Attorney Criminal Defense and Avvo Clients’ Choice 2016 for Federal Law. They are recognized by the National Trial Lawyers Top 40 under 40.

T.J. Perez retained attorney Daniel DeMaria to represent him in a white collar federal court case. He was represented vigorously and got his prison sentence reduced drastically.

Law Offices of Daniel A. Hochheiser 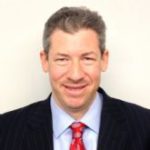 Law Offices of Daniel A. Hochheiser is a New York City criminal defense lawyer whose firm was established in 1980. The lawyer is rated close to five stars on Google reviews and understands the problems that arise after a person is arrested and what kind of negative effects a conviction can cause. The firm’s mission is to provide quality for their clients. Their primary areas of practice include fraud, battery, child pornography, manslaughter, homicide, murder, sex crimes, bribery, sexual abuse, embezzlement, rape, and DWI among many others. He has an 8.8 out of 10 Avvo rating.

Stuart Catz found the services of Dan Hochheiser to be very impressive with a high legal expertise. Stuart says Dan was communicative, returned his calls and always kept him informed, maintaining a high degree of professionalism. Daniel restored the client’s lost faith in lawyers.

In the major cities, crimes are inevitable and having a good criminal defense team for your case is very essential. Not everyone can afford a high-end attorney to represent them, however through maximum research on the internet and through referrals from friends and families, one can get a trusted lawyer. Also, lists like the one mentioned above can be very essential. Client reviews are the best way to gauge the credibility of the law firm you have in mind because most customers rarely give biased opinions but opt to be truthful. Therefore, if you are in the New York City you already know some of the best options when considering a law firm that will best represent you in criminal cases.