In Los Angeles, you will find numerous criminal defense lawyers who can handle cases related to crime, but identifying the right attorney to present you may be a big challenge if you do not know where and what to look out for. Here are the best criminal defense attorneys Los Angeles based on customers reviews and ratings. 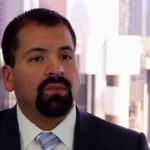 Miranda Rights Law Firm headed by lawyer Douglas Miranda knows the stakes a person faces when accused of a criminal offense. He has served clients representing many fields, which include drug crimes, sex crimes, felony and misdemeanor, DUI and assault. Lawyer Miranda has featured in the media including CBS Los Angeles and CNN.  The law firm has secured victory by receiving the best AV Rating by Martindale-Hubbell. The attorney is featured among the top 100 Trial Lawyers by the National Trial Lawyers.

The services of the law firm are regarded exceptional as customers’ reviews indicate. For example, Ykleb highly recommends Mr. Miranda because he is such an amazing and understanding lawyer. The team of the law firm is incredible, and the receptionist is of big help— she listens carefully. Ykleb gives five stars to the team at Miranda Rights Law Firm. On Google reviews, the law firm has a five stars rating by clients. 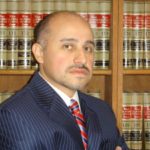 Anthony Arzili is a lawyer who has been fighting in the trenches of every other Los Angeles courthouse to help his clients. He was a Judge Pro-Tem serving for the Los Angeles Superior Court from 2004 to 2011. In 2011, he was granted the honor of being California Rising Star by SuperLawyers. This is an honorary award that is bestowed on the very top 2.5 percent of attorneys in California.

Arzili’s legal work has been praised by many as one of his clients; Ian B. says that Mr. Arzili is such an excellent lawyer whom you can count on. Ian has nothing negative to talk about Arzili. He says that Arzili neither sugar-coated anything nor gave him a runaround. On Google reviews, the law firm has been rated highly with a near five stars rating. 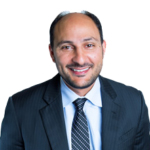 Law Offices of Seppi Esfandi deals with cases concerning attempted murder, assault with deadly weapons, carjacking, conspiracy, brandishing of weapons, burglary, sex offenses, fraud, and child endangerment. Lawyer Seppi Esfandi is a Certified Specialist in Criminal Law, a coveted distinction that is awarded to only 70 hand-picked lawyers. The attorney is also ranked in the list of top 5 percent lawyers in Los Angeles.

The law firm has featured in US News for the Best Law Firms. It is also recognized by SuperLawyers and is a member of both Beverly Hills Bar Association and State Bar of California. On Google reviews, the Law Offices of Seppi Esfandi is rated above 4.5 stars by clients. A client by the name Gerardo was accused of burglary crime and with the help of the attorney, his charges were dismissed. 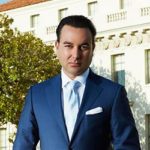 The Rodriguez Law Group is founded by Ambrose E. Rodriguez, who has 13 years experience as a senior deputy district attorney. Rodriguez handles crime cases involving drunken driving and traffic offenses, assault, theft, white collar crimes, violent crimes, drug crimes, juvenile crimes, and sex crimes. The lawyer has been featured on media channels such as ABC, CBS, FOX News, and NBC. They have a ‘Superb’ Avvo Rating of 10. They were recognized as the leading national law firm in 2015 and have been awarded the best AV Rating in Los Angeles.

On Google reviews, the law firm has a rating close to five stars by past clients. Andrea, a previous client served by lawyer Rodriguez recommends him to whoever is feeling lost in the criminal justice system. Ambrose Rodriguez was very honest and never left them in the dark. Ambrose worked hard to give the best outcome of the case. Andrea says that Ambrose is a great person and a better lawyer. 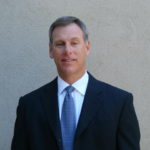 Kraut Law Group is a law firm that represents clients in cases pertaining to crimes such as white collar fraud, theft, drug offenses, arson, domestic violence, juvenile crimes, and expungement of crime records. Michael Kraut is a criminal defense lawyer who has received many awards for his great job, which include Citizen’s Award, Top Criminal Defense Attorney, Homicide Prosecutor Award and AV rating.

The Kraut Law Group is well known for obtaining victories in most of the DUI cases in southern California. The law firm has been featured on media channels and programs including ABC News, Los Angeles Times, NBC News, CNN, US Today, the New York Times,  and Good Morning America on ABC. It is rated above 4.5 stars on Google reviews by clients.

Mark, a client commenting at Avvo says that Michael Kraut is not a typical lawyer. The lawyer is straightforward and has a pure heart. Lawyer Kraut got Mike’s son out of trouble, quickly and painlessly. 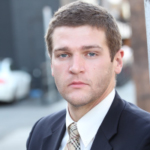 Lawyer Nicholas Loncar has been listed among the Top 40 Under 40 by National Trial Lawyers. On Google reviews, the law firm has been rated by clients and given a near five stars. Edward, a DUI client from Orange County, says that he had retained Nicholas Loncar on different legal matters after a work colleague recommended him. Edward was served diligently and compassionately by the lawyer Nicholas Loncar.

Regarding matters of crime charges, it is of great importance to deal with experienced and trusted lawyers in the field of criminal law. It will save much on your time and create the best platform for the conclusion of cases. The listed lawyers in Los Angeles are dedicated to offering impressive services. They are well updated on any criminal cases available and determined to help people in crisis or faced with a crimes in Los Angeles, California.