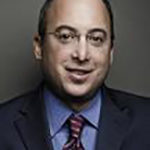 Las Vegas Defense Group is a criminal defense law firm that strives to defend and fight all criminal charges against their clients for decades now within Las Vegas. The firm has won many dismissals and ‘Not Guilty’ verdicts in the most serious felony trials. It has decades of experience in handling cases such as battery, DUI, casino markers, drug charges, murder, trespassing, and mayhem among others.

The Nevada Association of Public Safety Officers rates Las Vegas Defense Group as one of the best criminal defense firms to contract. The firm has also received a headline on KVBC Channel 3 Las Vegas News for legal commentary. They have been featured on CNN, Dr.Phil, CourtTV, NBC, FOX News, CBS, and ABC media channels. It is also rated with Avvo and Super Lawyers. SavRae S. says from her first experience with the firm, it had proven to be helpful and did everything to assist her with her case. On Google reviews, the firm is rated five stars. 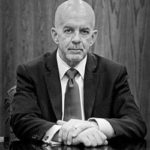 Brian J. Smith has AV Preeminent rating by Martindale-Hubbell for ethics and legal ability in 2013. He also has an Avvo rating of 10 ‘Superb’ for Top Attorney Criminal Defense. In 2012 and 2013, he was named Vegas INC Top Lawyers. The law office has an outstanding five stars on Google reviews with clients who are grateful to Brian for the fantastic experience they had with the services of the law firm. 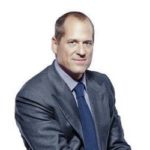 Attorney Ross Goodman is a Board Certified Criminal Law Specialist who has been practicing law Las Vegas for over 20 years now. The law firm has experienced professional and skilled trial attorneys who dedicate time to see their clients through their lawsuits. The law firm has lawyers with vast experience in handling cases including DUI, drug crimes, domestic violence, casino markers and bad checks, and theft crimes among others.

Mr. Goodman is considered one of the Top Criminal Defense Lawyers Nationwide. His trials and clients have been featured in many books, national publications and the blockbuster movie “Casino.” He also has AV Preeminent rating by Martindale-Hubbell lawyer’s ratings and listed among the National Top 100 Trial Lawyers.

He has five stars rating on Google reviews. Nathaniel Adams, a former client of Mr. Goodman, says he is very professional and personable at what he does. He says that Mr. Goodman does all the best possible to ensure his clients get fair treatment and are well defended. 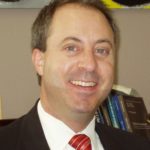 Mr. Siegel has received recognition from Nevada State Bar in which he was presented with the Outstanding Service Award in 2006. He is frequently called upon to mentor new attorneys and was rated by Avvo Clients’ Choice for DUI Attorney in 2015. His expertise is also recognized and listed among Best DUI Lawyers in Las Vegas. The law office is rated five stars on Google reviews. The Law Office of Chip Siegel comes highly recommended with clients praising them for their commitment and skills in handling legal matters. 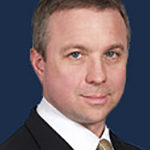 Brown Law Offices has a legal team of experienced trial lawyers with successful case results. The firm is co-founded by Attorneys Philip Brown and Mary Brown, who both practice in federal and state courts. Their aim is to protect and defend the rights and future of their clients.

Brown Law Offices handles cases varying from violent crimes, fraud, DUI, drug crimes, white collar crimes, and murder among others. The law firm has an A+ rating from Better Business Bureau and is listed as Top Lawyers in 2014 by American Society of Legal Advocates. It has a 10 ‘Superb’ Avvo rating.

Courtney Martin, a former client, says Philip and Mary are amazing and consider them best criminal defense attorneys in Las Vegas. They helped her through her battery case which was stressful, and they made her feel comfortable, confident and less stressed throughout her case which was later dismissed. The firm rates five stars on Google reviews. 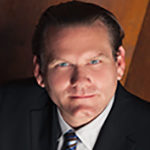 Gallo Law Firm is an experienced and skilled law firm in Las Vegas that specializes in criminal defense. James C. Gallo has over 18 years of experience as s trial lawyer and helps clients to understand the defenses that apply to their cases. Mr. Gallo has experience in representing private and public school teachers, nurses, doctors, lawyers and members of military faced with criminal charges. He also handles cases of DUI, drug charges, domestic violence, and warrants among others.

The Gallo Law Firm has an 8.9 ‘Excellent’ Avvo rating for featured Attorney Criminal Defense. He also gives consultation services to many sports agents involved in contractual negotiations. He has fought for many of clients from minor traffic violations to murder and sexual assault allegations.

The law firm is rated five stars on Google reviews. Katie Howard and Snow Sniffer, former clients of Mr. Gallo, say they are thankful to him for helping them through their cases without stress. They say he is knowledgeable, tactful, and has a great personality. Moreover, that they would recommend him to their friends, families and anyone else who needs help.

If you need a personal injury lawyer, you should get the best. Examining the reviews of past clients provides you with a clue as to whether a law firm can handle your case or not.