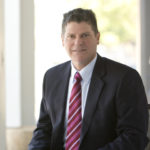 The Law Office of Timothy Armstrong, PA is a highly experienced Jacksonville criminal defense law firm. Lawyer Timothy Armstrong masterfully represents his clients charged with any form of crime. This firm has a record of defending thousands of cases over the years such as murder cases, misdemeanors, and felonies and is good at developing and analyzing any evidence that may have a huge impact on your case.

Mr. Armstrong and his team have collected awards in millions of dollars in case wins. They have a Google Reviews rating of close to five stars and have a number of clients that have spoken well of them. Dillon, who was one of their clients, said that Mr. Armstrong is a brilliant man and is quite outstanding. He compliments his negotiation skills and says he is very smart with juvenile cases. Dillon says that he can completely rely on this attorney if he gets into any other kind of trouble. 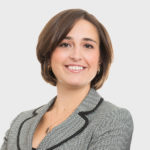 The Law Office of Kate Mesic, PA will be of great help when you are dealing with criminal cases such as traffic tickets, DUI, reckless driving, shoplifting among other cases.  Lawyer Kate Mesic is well renown for assisting clients with crime cases to fight for their legal rights. She and her team have appeared in the Magazine for UNF Pre-Law students and are recognized as highly skilled and professional team of aggressive lawyers ready to defend their clients regardless.

On Google Reviews, the law firm has been given a 5-star rating with many satisfied clients commenting on their exemplary services. Jacob Faver is among the satisfied clients who says that Ms. Mesic offers prolific and satisfactory legal services. Lawyer Kate Mesic displayed professionalism, patience, and understanding among other exemplary skills, says Jacob. She was also a great listener and provided him with all the information he needed to win his case. 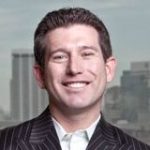 The Law Office of James Davis, PA promises its clients that they are able to hold prosecutors, the police and even courts accountable for their clients’ constitutional rights. The law firm has a tremendous record for avoiding jail time, prison or even a conviction. They were selected as the Clients’ Choice by Avvo in the year 2012. The law firm carries a rating of above 4.5 stars on Google Reviews. A number of clients had a lot to say about the Law Office of James Davis, PA. Calvin Bryant says that he had a difficult situation to handle, and James Davis gave him just the help he needed. Bryant was given some really helpful advice, and the lawyer directed him to the right path, which he followed up with some legal help. Bryant says that things turned out ery well, and he was happy with how well he was represented. 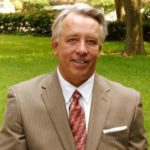 Dale Carson Law is among the Jacksonville’s finest criminal defense lawyers who have the background, experience and all the right strategies of handling criminal cases. He and his team are known to handle about ten trial cases every year and deal with a wide range of cases including DUI offenses, drug crimes, sex crimes, theft and property crimes among others.

Dale Carson is a former law enforcement officer in both federal and state agencies and is informed with all the weak points of police investigations and knows how to exploit them in your defense.

Their Google Reviews rating stands above 4.5 stars with various clients commenting on their greatness. Shaneel Hudson says that the first impression she got from Dale Carson is all she needed to know that she would have her legal needs met. She shows appreciation for the patience and care Dale Carson and his wife offered her, unlike other law firms she had engaged with before. 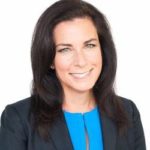 Janet E Johnson PA is a licensed and highly qualified lawyer in criminal defense. She was admitted in 1994 to the Florida Bar and in 1996 the Colorado Bar. In attorney rating websites, she is rated AV Preeminent by Martindale-Hubbell Peer Review Services. Janet’s primary focus is on criminal law services which include robbery, white collar crimes, sex offenses, and drug offenses among others. She has handled quite a number of cases including celebrity criminal cases. She is considered a great asset to any legal situation and is bound to give you all the straightforward answers you are looking for as well as spell out your options for you.

Her Google Reviews rating stands at more than four stars.  Richard Drago was one of her clients and says that he received a referral from a friend regarding Janet, and he was not disappointed at all in taking it up. He says that given his unfortunate circumstance, he was bound for failure if he considered any other attorney besides Janet Johnson and would highly recommend her to anyone in dire need of legal help.

The Law Offices of Russell B. McCormick, PA 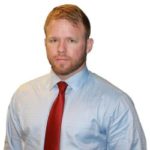 The Law Offices of Russell B. McCormick, PA is founded by Russell McCormick, an experienced trial attorney and former special assault unit prosecutor who is highly recognized for his exceptional work. He was admitted to the Florida Bar in 2008 and is an Avvo Client’s Choice for criminal defense attorney. He specializes in criminal defense and DUI defense and has a track record that compliments his work.

His clients’ testimonials speak volumes about him, and this has given him a four-star rating on Google Reviews. Success Tool says that he was arrested for a misdemeanor in Jacksonville Beach and was very glad that he sought the help of Mr. Russell. He says Mr. Russell ensured that his permanent record was clean, and he was finally able to move on with his life.