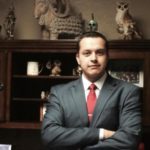 The Law Offices of Rios & Parada, PLLC is a 5.0 star rated law firm whose mission is to strive to provide exceptional representation and advocacy in all areas of defense. Rick De Lara Jr. is the criminal defense lawyer who has been working for the firm since 2014. He covers cases such as drug possession, theft, traffic offenses, assault, among other felonies and misdemeanors including deportation defense.

Rick De Lara Jr. is a member of the Texas Trial Lawyers Association and has a 6.3 out of 10 Avvo rating. The law firm has a stunning 5.0 starts on Google reviews. Their prowess as criminal defense lawyers in El Paso is seen through their client reviews. Karen Shaffer acknowledges that Rios and Parada saved her money when they took care of her traffic ticket mess, which gave her peace of mind.

Another client Lupe Mancillas admits that from the first encounter he had with the firm he knew he had made the right decision. The team was communicative and explained to detail facts about the case ensuring that everything ran smoothly from the beginning to the end giving the case the perfect outcome. 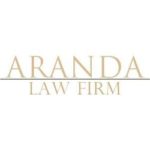 Aranda Law Firm is headed by attorney Marco Aranda, who strives to ensure the best results for his clients. It was founded in 2009 The firm handles criminal defense cases such as assault, domestic violence, theft, drug possession, sexual crimes, robbery just to mention but a few. Marco Aranda has a 6.2 out of 10 rating according to Avvo; he is also recognized by the Texas State Bar. The law firm has a Google reviews rating of close to five stars.

The firm has excellent reviews by clients of which most are praises for the work he does. Some say he is caring and professional, efficient, informative and flexible especially with time and payments.  David Tellez, one of the clients, had a criminal case that was looking very grim. He says Mr. Aranda was very honest about the situation surrounding his case. However, the case moved faster than the client had anticipated and eventually all the charges against him were dropped. 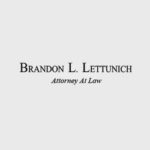 Brandon Lettunich is an El Paso criminal defense attorney who has been licensed for 12 years but started his practice in 2008. His firm whose tagline is ‘helping you put your legal worries to rest’ has a nearly perfect, five-star rating according to Google reviews. He deals with criminal defense cases such as theft, assault, public drunkenness, DWI. He is recognized by the State Bar of Texas and has a 6.3 out of 10 Avvo rating.

Antonio Difio is more than glad that Mr. Lettunich took his case because everything was taken care of and the result was even better than he had hoped it would. Another client Danny Morelos expresses his joy because his case had dragged on for a long time before he decided to transfer it to Brandon Lettunich. He says Brandon made everything to make sense to him. Also, in his case, the outcome superseded his expectations and what he had hoped for.

The Huerta Law Firm, PLLC has opened its doors to the people of El Paso since 2005. According to their slogan, the firm’s services are offered from the community for the community. This firm is rated about 4.5 stars on Google reviews and provides representation in criminal defense cases such as DWI, drug charges, murder, theft, and assault among many others whether state or federal. They are recognized by the State Bar of Texas and have a 6.9 out of 10 Avvo rating.

Most of their client’s reviews highlight the firm’s friendliness, caring and helpful nature when it comes to dealing with cases. Martin Bencomo says he was very pleased with the entire experience during his case, which went quickly, and everything was processed fast. 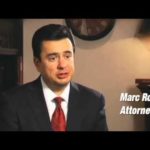 Rosales Law Firm is rated above four stars on Google reviews and has more than 40 years of combined experience with a proven record of success. A client’s needs are their priority as the lawyers take a very focused result-oriented approach to each case. They handle criminal defense cases such as misdemeanors like theft, assault and drunk driving to felonies like murder. Both attorney’s Joe and Marc Rosales have been featured in The City Magazine, and both have been nominated for Top Lawyers of El Paso. The firm also has a 6.9 out of 10 rating according to Avvo.

Danny Corral, a client, says the firm is communicative and has a wide array of skills within the legal scope. He was updated throughout his case his various questions being answered. He says the lawyers at Rosales Law Firm do not make false promises if they cannot uphold and show professionalism.

The Law Offices of Ruben Ortiz 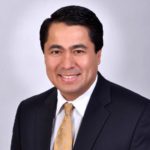 The Law Offices of Ruben Ortiz is headed by a criminal defense attorney who has a nearly 20 years of experience. This firm is rated just below four stars on Google reviews and focuses on criminal law cases such as DUI, domestic violence, theft, possession of marijuana or any other drug, aggravated assault and other federal court felonies. He has a 9.0 out of 10 Avvo rating and is recognized by the Texas Trial Lawyers Association.

Sandra Martinez and her husband were worried when their son was accused of a juvenile crime near the end of 2013. They decided to hire Mr. Ortiz whom they found through word of mouth and a little research on the internet. They were offered a reasonable fee and an easy plan to work through the whole process. Mr. Ortiz fought hard and managed to get a NOT GUILTY verdict for their son.

Criminal law is quite a dangerous field of law because when you are accused or charged with either any misdemeanor or felony cases, things can escalate quickly without the right legal representation. It is advisable to hire services of a criminal law attorney in El Paso, TX.