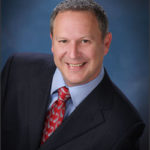 David J. Kramer Law Firm has been providing clients in Michigan and its surrounding area with quality legal representation and personal services since 1992. Attorney David Kramer’s area of expertise in criminal law deals with drunk driving, felony and misdemeanor criminal charges. His firm was given an excellent Avvo rating for featured attorney criminal defense and Avvo Client’s Choice in 2015.

This firm was given quite a number of positive reviews on their Google review page with clients such as David Curtis saying that David Kramer is a highly experienced attorney who is knowledgeable, forthright and he exhibits professionalism in his work. He says that the firm resolved all his legal matters in no time, and they did it with so much passion putting all his interests at heart. He highly recommends this firm to anyone in need of legal help. 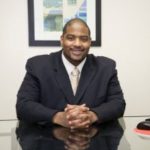 Law Office of Kevin Bessant & Associated, PLLC mainly focuses its practice on misdemeanor and felony cases. They have years of experience which is shown by their recognitions such as the rating they are given by the SuperLawyers and the ‘Superb’ Avvo rating for the top attorney criminal defense category. This firm has a large number of positive online reviews with clients such as Roz Lockness giving them five stars and saying that she had a wonderful experience with this firm.

She says that Kevin Bessant helped her get her life back when she was looking at doing 2 to 5 years’ jail time. Mr. Bessant, with his vast knowledge of the law, broke down all his moves into simple terms and was very conversant with her during the entire process. All her calls and questions were promptly answered, and she was given back what belonged to her, her freedom. 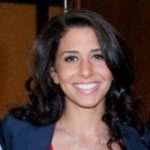 Hermiz Law are one of the best lawyers who deal with all kinds of criminal charges such as federal criminal defense, violent crimes, DWI, drug offenses, sex crimes, and domestic violence among others. They also have some recognitions such as the top women attorneys in Detroit, a 9.8 ‘Superb’ Avvo rating and 2013 Avvo Client’s Choice. This firm has a few positive Google reviews with impressed clients. A Google user gives Hermiz Law 5 stars saying that he has never had a better experience with attorneys like he did with this firm. He says they exhibited professional and skillful help, and he was surprised to find a lawyer that could properly use their common sense when it comes to customer service.

The Law Offices Of Barton Morris 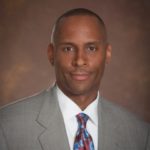 The Law Offices Of Barton Morris has been providing clients in Detroit, Michigan with quality legal representation and personal service in criminal defense handling cases such as misdemeanor, traffic, and drug offenses over the years. Barton Morris has been recognized as a top attorney in metro Detroit for three years in a row in the DBusiness magazine and Hour magazine.

Barton Morris has also featured in the SuperLawyers of 2015 receiving the prestigious selection. He is also the only lawyer in Michigan State that has earned the American Chemical Society’s designation as a forensic attorney scientist. Barton serves as a lifetime and committee member of the National Organization for the Reform of Marijuana Laws (NORML). Their online Google reviews speak for them as well. They carry a star rating above four stars with quite a number of positive reviews that attest to that.

Scott Brown says that his experience with Barton Morris was the most painless and smooth of any hurdles and hoops that a DUI and license re-reinstatement can bring. He says that it was smooth because Barton understood exactly what he needed to make his success painless. The attorney exhibited confidence in what he does, which put him at ease. He highly recommends this firm to all clients seeking legal help. 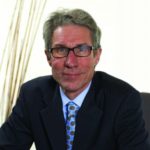 Cripps and Silver Law mainly focuses its practice on misdemeanor and felony charges including parole revocation hearings, DWI’s, driver’s license restoration, sexual assault, robbery, drug possession, homicide, arson, theft and weapon charges. They have been practicing law for over 30 years now and have conducted over 1000 criminal defense jury trials. This firm has been named by SuperLawyers since 2008.

Mr. Cripps has been serving on the board of directors for the National Lawyers Guild. Miss Silver has a well-earned reputation among her peers and friends and has been nominated and recognized by SuperLawyers since 2009. They have a few positive reviews on their Google reviews with clients such as Katrina Stanley saying that she was happy to work with David Cripps, who represented her son in his case.

She says that Mr. Cripps fought for her very aggressively, and although her son is still incarcerated, she is sure that her son could have gotten worse if she worked with another attorney. She highly recommends this firm to all clients in dire need of legal help. 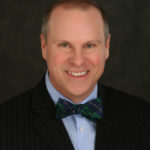 The Draper Law Firm mainly deals with misdemeanors, traffic offenses, and serious felonies and has been around since 1990. David R. Draper, who is the founding partner of Draper Law, has been the leading source in the Martindale-Hubbell in lawyer rankings and has been given the highest rating of AV Preeminent. They are rated close to five stars on their online Google reviews, which carry some positive reviews.

Meagan McKay, who is a former client at Draper Law, says that this firm is a top notch criminal defense firm. She says they were very fast in responding to her calls something they did professionally. Meagan thought that the attorneys at the firm were very friendly, and they take pride in their work, which is part of the reason why they helped her solve her case within no time.

If you are in Detroit, Michigan, and you encounter crime accusations, you want a trusted and experienced criminal defense attorney. By checking the reviews of the law firms, you might be able to find a legal representation that fights for your rights.