In Denver, Colorado there are quite a good number of lawyers to help in legal representation. Some of them only aim at scoring clients just to make a quick buck without considering the outcome of the cases. In a pool of criminal defense attorneys and law firms, here is a list of Denver’s best criminal defense lawyers, as rated by client reviews left online. 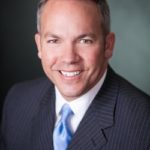 Law Office Of Matthew A. Martin, P.C. has provided 21 years of criminal attorney representation with 13 years in Denver Colorado. The firm is dedicated to protecting the rights of the clients and if possible reduce penalties. The 5.0 star rated firm on Google reviews solely deals with criminal offenses such as assault, child abuse, child pornography, domestic violence, drug crimes, and guns and weapons offenses. It also handles juvenile offenses, prostitution or solicitation, internet sex crimes, traffic offenses, violent crimes, vehicular homicide, and theft and identity theft among many.

The law firm has been recognized by Avvo rating for 10.0 Top Attorney DUI, and Top Attorney also for Client’s Choice 2014 Criminal Defense. They have also been acknowledged by The National Trial Lawyers for Top 100 Trial Lawyers.

A review not only reflects the kind of service you will get but also serves as a reference platform to people who might be considering to go for the same services. Zach Yuskanich says Mr. Martin was an exceptional lawyer for his DUI charge, which was reduced and early terminated. 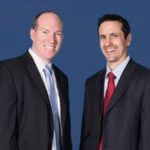 Hebets & McCallin P.C. are Denver DUI lawyers and criminal attorneys with years of trial experience. The 5.0 star rated firm on Google reviews has a mission to provide outstanding legal counsel for those accused of committing criminal violations either in state or federal level. Their criminal law area of practice includes DUI offenses, drug crimes, criminal assault, domestic violence, criminal mischief, sex crimes, theft, violent crimes, homicide, internet luring, and indecent exposure among others. They are recognized as The National Trial Lawyers Top 100 in the category of criminal defense, they are also members of Colorado Criminal Defense Bar and have a 10.0 Avvo rating.

Landon Kelly hired Mr. Hebets to handle his DUI case after his previous lawyer decided to bail on him. He is glad he went with Mr. Hebets as he was very knowledgeable and attentive to all of his needs responding promptly and working to ensure all asked questions were answered. The case went to trial, and the criminal charge was turned into a NOT GUILTY verdict on the DUI and four other counts by a jury who decided the verdict in ten minutes. 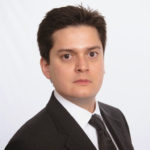 The Law Office of Jacob E. Martinez is a 5.0 star rated firm on Google reviews, and they aim to minimize the damage of your case and get you back to living a regular life. Their practice areas include domestic violence, property crimes, drug crimes, weapons crimes, white collar and fraud crimes, computer crimes, juvenile crimes and morality crimes among others. The law firm has been named Top 100 Trial Lawyer by the National Trial Lawyers, and listed among the Top 40 Under 40 by the National Trial Lawyers. It has also been named as one of the 10 Best DUI Attorneys by the American Institute of DUI/DWI Attorneys. They also received 10 out of 10 Avvo ratings for both criminal and DUI attorney.

Lisa Garcia praises Jake, who took her son’s drug felony case. Throughout the proceedings, he was professional and was communicative on how the process was going. He was able to plea the bargain down to a probation sentence guiding the client’s son along the way. She is grateful for what the firm did for her son and family in general. 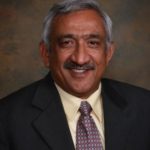 Iyer Law Office, LLC is a 5.0 star rated firm on Google reviews whose mission is providing the best legal defense in Denver, Colorado. The law firm has gained reputation as one of the Denver area’s criminal defense firms. The firm is led by attorney V. Iyer, who has had over 20 years of experience and expertise. The firm handles cases related to juvenile crimes, felony charges, domestic violence, misdemeanor charges, white collar crimes, assault charges, and DUI among others. He is a member of Colorado Bar Association, Colorado Criminal Defense Bar, National Association of Counsel for Children and is listed as Avvo’s Clients’ Choice 2015 Criminal Defense among other recognitions.

Jade Darren was recommended to Mr. Iyer by a friend and is happy about meeting Mr. Iyer, who treated him with great respect and concern. The extremely caring experience was the reason he could keep his life together during such an extremely trying time. Mr. Iyer kept him out of jail even when he caused himself further troubles. 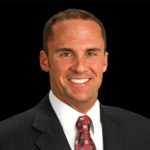 The Law Offices of Kevin R. Churchill is a firm that specifically focuses on criminal law and is rated 5.0 star according to Google reviews. The firm is headed by attorney Kevin Churchill, who has been representing people accused of crimes since 2009. His area of practice includes sexual assault, domestic violence, DUI offenses, petty and grand theft, kidnapping, white collar crimes, burglary, murder, drug charges, and other felony cases. He is a member of the Colorado State Bar and has am 8/10 Avvo rating.

Amanda Willey a client who was falsely charged with domestic violence. She found seeking for a criminal defense lawyer a bit intimidating. This was her first time being accused of an offense, so she did not know how to navigate the system or even how to get an attorney. Mr. Churchill handled her case and cared about getting good results for her. He analyzed the evidence well and defended her case. In the end, the case was dismissed, and Amanda still maintained a clean criminal record. 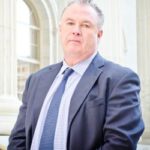 Daniel M. Murphy, P.C. is a lawyer in Denver Colorado who has practiced criminal defense law since 1995. His mission is to work for the best possible resolution, and the criminal defense practice areas include DUI, drug crimes, domestic violence, assault, sex offenses, weapons charges, traffic offenses and other felonies and misdemeanors. He is a member of the Colorado Bar Association and had been featured in 9NEWS, Westward, and the DENVER Post.

Michael Mercure highly recommends Daniel Murphy, who is very experienced and reasonable and took a personal interest in his case. Daniel was very communicative and could break down complicated issues and explain them in layman’s term to the best of his ability.

In conclusion, if ever you are in need of a criminal defense attorney around the Denver area, the above list might be very helpful.