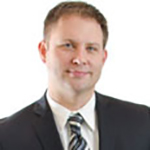 Barr, Jones & Associates LLP is a 5 star rated firm on Google Reviews whose mission is to help their clients untangle their lives from their various legal troubles. They believe in giving their clients second chances especially in criminal cases like misdemeanor charges including driving violations, petty theft, domestic, and violence assault among others. They also represent felony cases such as sex offenses, fraud, theft, drug offenses, and other serious charges. They have been operating in Columbus, Ohio since 2004, and their practice aims to defend with diligence to obtain a better plea bargain. The law firm has been featured in Columbus CEO Magazine and Columbus Business First.

Robin Langley is a client who went to attorney Barr Jones with a bankruptcy case who worked with him and explained the details of his case. He says the whole team at Barr Jones & Associates was very helpful, and he was satisfied with their services. 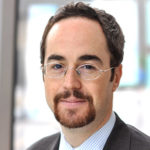 Luftman, Heck & Associates, LLP was formed in 2003 and is a firm whose mission is to be entirely dedicated to helping all of their clients. This almost five star rated firm on Google Reviews aggressively represents clients facing criminal charges including breaking and entering, drug offenses, drunk driving, arson, and homicides such as murder or negligent homicide. It also represents victims of domestic violence, child pornography, robbery, auto theft, and additional misdemeanors and felonies among many others whether you need assistance in negotiations for a reduced charge or full representation at a trial. The law firm has received Avvo Clients Choice for criminal defense 2015 and Avvo Rating Superb of 10 out of 10. They also received Guest Satisfaction Award of Best 10 2014 from the American Institute of DUI/DWI Attorneys.

Kenneth Knoll, a satisfied client, expresses his feelings regarding the firm as they managed to get DUI and child endangerment charges dropped against a family member of his. Their vast knowledge of the law resulted in an outcome that surpassed their expectations. The firm gave step by step detailed information about the case and an open line in case they had questions. 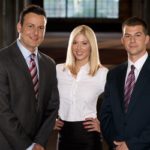 Joslyn Law Firm is rated almost five stars from Google Reviews, and their mission is to get their client’s charges dismissed. Their criminal defense practice has been licensed for the past five years. The firm’s managing lawyer Brian Joslyn has been ranked as one of the 10 best criminal defense lawyers in Ohio by the National Academy of Criminal Defense Attorneys. Also, Columbus CEO Magazine has elected Mr. Joslyn as a top criminal lawyer, and the National Trial Lawyers Association has nominated him as a Top 100 Trial Lawyer in the country. The firm has been featured on various news channels platforms as FOX28 and NBC4 among others. The firm also prides itself to accomplishing legal goals and strives to lead the legal community in Ohio to higher standards of criminal representation.

Josh Roth, a client of Joslyn Law Firm, had hit rock bottom and had long been battling a serious drug and alcohol problem and was facing prison time. He says Brian Joslyn completely understood his woes, particular on the money issue. The firm helped Josh get the treatment he needed and got the court to see that he was in the process of changing his life for the better. 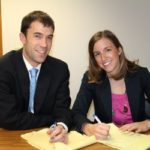 Riddell Law, LLC mainly focuses its practice on misdemeanor criminal and traffic charges. This almost five starts star firm has years of experience in criminal cases such as assault, drug trafficking, drug possession, domestic violence, criminal trespass, petty theft, and shoplifting just to mention a few. Attorney Douglas Riddell has been recognized as a Top Lawyer by Columbus CEO Magazine and listed as Rising Stars in DUI Law by Ohio SuperLawyer Magazine in 2016.

Alison Abbey, a client who lives almost 3 hours away from Columbus, got charged with possession of Marijuana. She says that Mr. Riddell was understanding about the geographic distance and that he managed to get the case transferred and eventually the charges were dismissed. 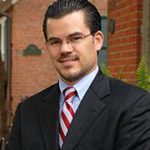 Funkhouser Law is rated almost five stars on Google Reviews and has handled clients throughout Ohio since the year 2000. The law firm aims to deliver the highest level of representation to its clients extending from misdemeanors to DUI and felony charges. Mr. Douglas A. Funkhouser, who personally handles each case, has extensive jury and bench trial. He litigates on criminal charges such as drug offenses, sex crimes, domestic violence, and capital murder among others. Mr. Funkhouser has been recognized by SuperLawyers and has a 10.0 Avvo rating for Top Attorney Criminal Defense.

Ian Widner, a client, expresses his joy in the firm and says that Mr. Funkhouser has helped him and his family especially in making difficult cases easier to understand. 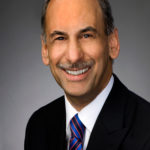 Dennis C. Belli Attorney at Law has more than 28 years of experience with a track record of obtaining fruitful results. The firm has an excellent Google Reviews rating standing at almost five stars. Dennis Belli deals with criminal cases including drug charges, theft offenses, violent crimes and much more. The firm’s mission is to treat every client as an individual deserving respect, understanding, and aggressive advocacy.

Luka W., who is a naturalized US citizen, explains how another firm recommended Mr. Belli, who represented him on a court issue pertaining violation of protective order. He says that Mr. Belli responded quickly to his emails and phone calls acting with utmost integrity and restored his faith in lawyers. He was guided and advised throughout the case and doesn’t regret choosing Mr. Belli to be his attorney.

It is hard to maneuver the criminal justice system especially without an experienced lawyer who knows the loopholes in and out of the system thus it is advisable to look into one a per their expertise. While Columbus has a pool of criminal defense lawyers not all of them get to top the list, however, the above list tries to give you an insight of the top names in the area.